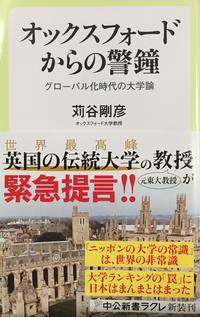 Takehiro's book, The Warning Bells from Oxford: Japanese Universities and Globalisation, has sold over 23,500 copies

Japan is taking a fresh look at how its universities should enhance their presence on the world stage, thanks to the work of an OSGA academic.

Takehiko Kariya, Professor in the Sociology of Japanese Society, has been examining how Japan’s higher education policies are failing to achieve the government’s goal of increased internationalisation. The cause, he says, is insufficient investment and a fundamental misunderstanding by the policymakers of exactly what globalisation means in higher education. His work has provoked intense public debate via national newspaper articles and Twitter discussion, as well as among Ministry of Education policymakers and senior university officials, who have invited him to give keynote addresses at major conferences. In recent years, Japan has become keenly aware that it only has two universities – the University of Toyko and Kyoto University – in the ‘top 100’ segment of the Times Higher Education World University Rankings list. This prestigious list identifies the top 1,000 research-intensive universities in the world by judging them across their core missions of teaching, research, knowledge transfer and international outlook.

In 2013 the Japanese government set a national goal to have ten universities in the top 100 category because they wanted to highlight how good Japanese universities are in a global context, in order to attract funding and more international students – particularly Western students,’ explains Takehiko. ‘But six or seven years later, it’s still just the same two institutions in the top tier – a result I predicted in my 2017 book The Warning Bells from Oxford: Japanese Universities and Globalisation [English translation of title]. That book has now sold over 23,500 copies.’

So how did Takehiko see this coming? As a sociologist, he conducted discourse analysis of the Japanese government’s policy documents on the globalisation of university education and also analysed the grant proposal documents of universities which applied for the government’s new ‘superglobal university’ status. To access this scheme’s seedcorn funding, competing universities needed to demonstrate their internationalism as measured by targets such as the number of non-Japanese faculty members; teaching in other languages (primarily English); collaboration with universities outside Japan; and publication in Western research journals. 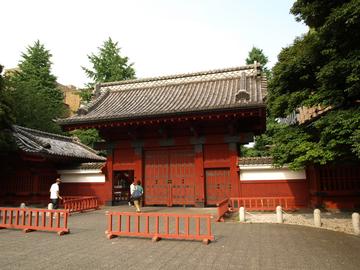 ‘My research uncovered how, in order to access the small amount of funding available, universities were interpreting some of these measures in a way which was at odds with the scheme’s real goals,’ says Takehiko. 'For example, any Japanese faculty member who had studied or taken a sabbatical in another country for as little as one to three years was counted in the category "foreign faculty and equivalent". I discovered that about 40% of those claimed to be in this category were in fact Japanese and didn't even hold a foreign degree.' He adds: ‘And requiring them to teach in English – which for most was a new experience – means that their teaching is not as proficient as it would be in Japanese.’

Achieving increased globalisation, Takehiko believes, requires both more generous funding and a better understanding of how Japan should build on its own existing academic and cultural strengths, rather than emulate Western models. His evidence-based broader perspective has shaken up Japanese higher education policy and is acknowledged in the Ministry of Education’s latest policy document, ‘Grand Designs for Higher Education in 2040’.