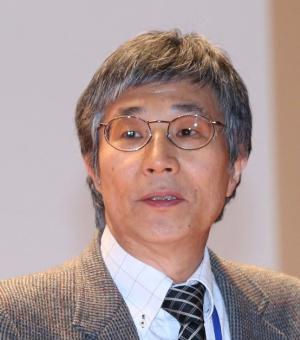 Professor in the Sociology of Japanese Society

My teaching at Oxford includes the Sociology of Japanese Society and Research Methods for Japanese Studies.

My research interests cover sociology of education; social stratification and social mobility; social changes of Postwar Japan; social and educational policies.  In these fields of research, I have published 15 books in Japanese, including A Sociology of School, Occupations, and Selection (1991); The Rise of Mass Education Society (1995); Education in Crisis in Stratified Japan (won Osaragi-Jiro Rondan Shō Promotion Award in 2002); The Century of Education, (won Suntory Gakugei Shō, Academic Award in 2005) and Education and Equality (2009).  I have edited and co-authored 13 other books, and published more than 50 articles in Japanese academic journals.

My recent published works in academic journals and books in English include ‘From Credential Society to “Leaning Capital” Society: A Rearticulation of Class Formation in Japanese Education and Society’ (2009); ‘The End of Egalitarian Education in Japan?: The Effect of Policy Changes in Resource Distribution on Compulsory Education’ (2010); ‘Reimagining Self/Other: ‘catch-up across Japan’s three great education reforms’, (2011), ‘The State’s Role and Quasi-market in Higher Education: Japan’s Trilemma’ (2013), ‘Resource allocation, historical background of egalitarian education and its changes in Japan: A silent revolution and its unintended results’(2013; https://www.bloomsbury.com/uk/education-in-east-asia-9781474235488/), ‘The two lost decades in education: the failure of reform’(2015),

‘Understanding structural changes in inequality in Japanese education: from selection to choice,’ (2017; https://www.taylorfrancis.com/books/e/9781317245346),

I am a co-editor of Challenges to Japanese Education: Economics, Reforms, and Human Rights (Teachers College Press, 2010; https://www.tcpress.com/challenges-to-japanese-education-9780807750537), and The State and Higher Education (Symposium Books, 2013; http://www.symposium-books.co.uk/bookdetails/83/ ).

My first book in English, Education Reform and Social Class in Japan (Routledge; https://www.routledge.com/Education-Reform-and-Social-Class-in-Japan-The...) was published in 2013.  I am now working on a book prospectively entitled: Education, Equality, and Meritocracy in a Global Age, which I wish to be published in 2019.

Oxford University is a unique university, which provides real ‘college’ life and an international environment, and I enjoy teaching about Japanese society to students from all over the world.