The Impact of Coronavirus on the Economies of Latin America 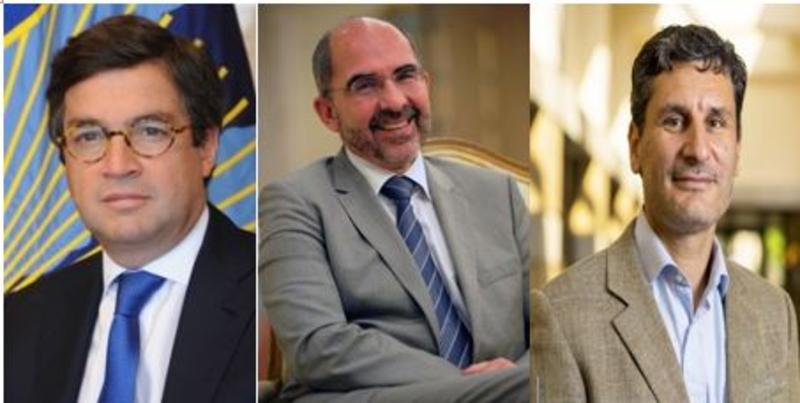 This event will take place through Microsoft Teams. Please email administrator@lac.ox.ac.uk for details of how to join.

If you are already on our LAC mailing list you should have received the event link by email - there is no need to contact us to register.

Luis Alberto Moreno is the President of the Inter-American Development Bank (IDB), first elected to that position in 2005.  As President of the IDB, he also chairs the Board of Executive Directors of IDB Invest, the Group’s private sector arm, as well as the Donors Committee at IDB Lab, an innovation laboratory for development.  Before joining the Bank, Moreno served as Colombia’s Ambassador to the United States for seven years. Prior to his ambassadorship, Moreno had a distinguished career in business and government in Colombia, where he served as Minister of Economic Development and President of the Instituto de Fomento Industrial.  He holds a degree in Business Administration and Economics from Florida Atlantic University and an MBA from the Thunderbird School of Global Management. In 1990 Harvard University awarded him a Neiman Fellowship for his achievements in the field of journalism.

Juan Carlos Moreno Brid is Professor at the Economics Faculty in UNAM, Mexico.   Previously he was Associate Director and Research Coordinator  of the UN’s office In Mexico of Eclac (Economic Commission For Latin America And The Caribbean) and Research Associate at the David Rockefeller Center for Latin American Studies in Harvard University.  He completed his PhD at Cambridge University, and publishes extensively on the economics of Latin America in international journals and editorial houses, including  Development and Growth of the Mexican Economy: A Historical Perspective (Fondo de Cultura Económica, 2014; Oxford University Press 2009); Políticas De Desarrollo Productivo En Mexico ( Ilo, 2019).  He is a founding member of the World Economics Association with now more than 15,000 members.

Diego Sánchez-Ancochea is Professor of the Political Economy of Development and Head of the Department of International Development at Oxford.  He specialises in the political economy of Latin America with a particular focus on Central America and has published extensively, including articles in international journals such as World Development, the Journal of Latin American Studies, Latin American Politics and Society and Latin American Research Review. He is also the co-editor of four books and the co-author of two books with Juliana Martínez Franzoni: Good Jobs and Social Services: How Costa Rica Achieved the Elusive Double Incorporation (Palgrave Macmillan) and The Quest for Universal Social Policy in the South: Actors, Ideas and Architectures (Cambridge University Press). He studied his PhD in Economics at the New School for Social Research (New York).

Please note that this event will be recorded.