Special Lecture: Du Yu Espik English? Latino Culture and Identity in the United States: Jointly organised by the Sub-Faculty of Spanish, the Rothermere American Institute and the Latin American Centre

Latino Culture and Identity in the United States 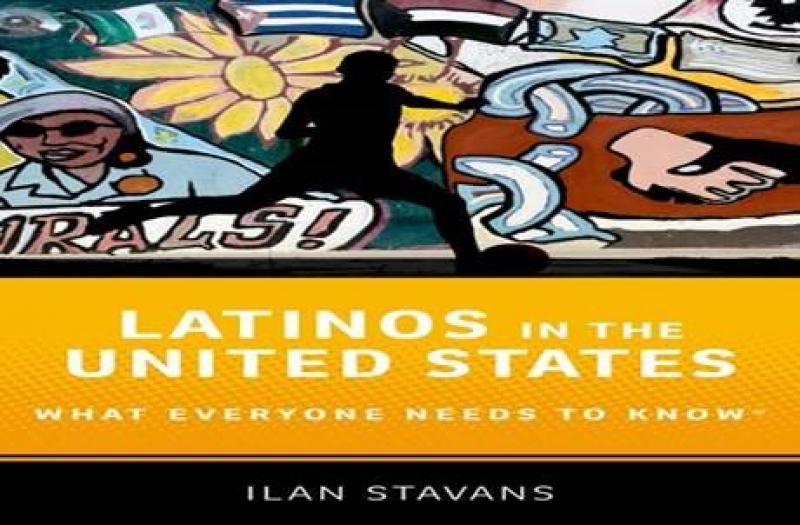 Ilan Stavans is Lewis-Sebring Professor of Humanities and Latin American and Latin Culture at Amherst College in the USA.  He is an internationally known, award-winning cultural critic, linguist, translator, public speaker, editor, short-story writer, and TV host, whose New York Times best-selling work focuses on language, identity, politics, and history. Born in Mexico in 1961 into a Jewish family with roots in Eastern Europe, he was raised in a multilingual environment.  His autobiography, On Borrowed Words, appeared in 2001. He is best known for his research on English, Spanish, Yiddish, Ladino, and, in particular, Spanglish. In 2003, he published Spanglish: The Making of a New American Language, which includes a lexicon of approximately 6,000 terms and a Spanglish translation of the first chapter of Don Quixote.  Subsequently, he completed a translation into Spanglish of Miguel de Cervantes's entire novel.   Stavans is also the author of Resurrecting Hebrew, books on love and the Bible, Dictionary Days: A Defining Passion, Quixote: The Novel and the World, and a biography of Gabriel García Márquez's career until the publication of One Hundred Years of Solitude. He is also the general editor of the Norton Anthology of Latino Literature.  His work has been translated into fifteen languages. Readers of his work were published in English by Routledge (The Essential Ilan Stavans, 2000) and in Spanish by Fondo de Cultura Económica (Lengua Fresca, 2013).   He is the recipient of countless awards, fellowships, and other honors, including an Emmy nomination, a Guggenheim Fellowship, the National Jewish Book Award, the Latino Hall of Fame Award, Chile's Presidential Medal, and the International Latino Book Award.

María del Pilar Blanco (MA, PhD in Comparative Literature, NYU) is Associate Professor in Spanish American Literature and Fellow in Spanish at Trinity College, Oxford. She is the author of Ghost-Watching American Modernity: Haunting, Landscape, and the Hemispheric Imagination (Fordham, 2012) and co-editor, with Esther Peeren, of Popular Ghosts: The Haunted Spaces of Everyday Culture (Continuum, 2010) and The Spectralities Reader (Bloomsbury, 2013). María del Pilar is currently working on a project, Modernist Laboratories: Science and the Poetics of Progress in the Spanish American Fin de Siècle.