Round Table: The Venezuelan Migration Crisis 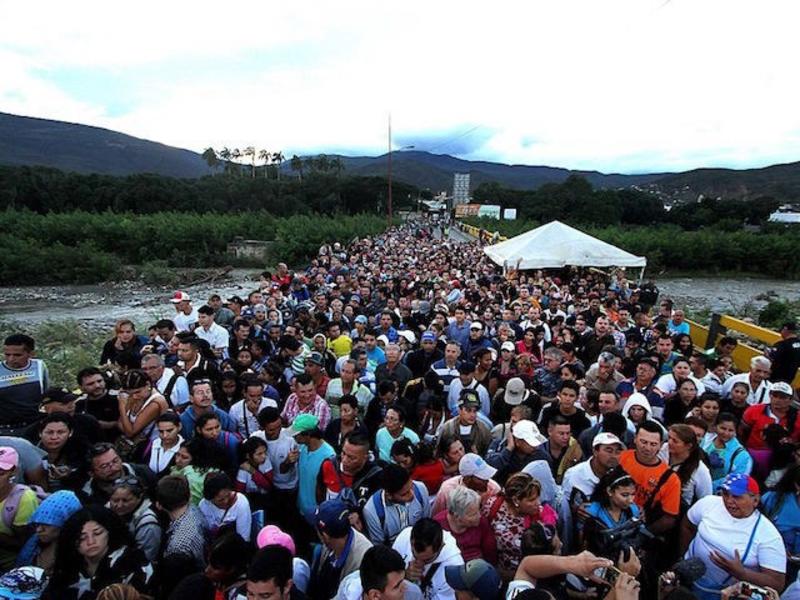 Alexander Betts is Leopold Muller Professor of Forced Migration and International Affairs and a William Golding Senior Fellow at Brasenose College.   His research focuses on the international politics of asylum, migration and humanitarianism with a geographical focus on Sub-Saharan Africa. He is author or editor of numerous books, including Protection by Persuasion: International Cooperation in the Refugee Regime (Cornell University Press, 2009), Refugees in International Relations (with Gil Loescher, Oxford University Press, 2010), Global Migration Governance (Oxford University Press, 2011), UNHCR: The Politics and Practice of Refugee Protection (with Gil Loescher and James Milner, Routledge 2012), Survival Migration: Failed Governance and the Crisis of Displacement (Cornell University Press, 2013), and Refuge: Transforming a Broken Refugee System (with Paul Collier, Penguin Allen Lane, 2017).   He has worked for UNHCR and as a consultant to the Council of Europe, UNDP, UNICEF, IOM, and the Commonwealth Secretariat.   He has also served on the Executive Committee of the International Association for the Study of Forced Migration (IASFM) and has held teaching and research positions at Universite Libre de Bruxelles, the University of Texas at Austin, and Stanford University

Carlos Vargas-Silva is Research Director and Associate Professor at COMPAS. He is also the Director of the DPhil in Migration Studies and a member of Kellogg College. Carlos is also co-founder and current Associate Editor of the Journal Migration Studies. He was also one of the researchers that developed the Migration Observatory in 2010, and acted as Director of the Observatory in 2014 and 2017.  His research focuses on the interaction of migration, including forced migration, with labour markets and public services in migrant sending and receiving countries. He is currently Principal Investigator for the Horizon 2020 REMINDER project about the implications of migration in Europe.  Previously, Carlos was Principal Investigator for the Labour Market Impacts of Forced Migration (LAMFOR) project, which explored the economic consequences of refugee migration in the Great Lakes region of Africa.

Isabel Ruiz is an Associate Professor of Political Economy at the University of Oxford, where she is also Director of Studies in Economics at the Department for Continuing Education (OUDCE). Isabel is an official Fellow of Kellogg College and an associate member of the Department of Economics, the Oxford Department of International Development (ODID) and the Latin American Centre (LAC) at the University.  She has also previously worked on research projects on the economics of migrants' remittances and the determinants of capital flows to developing countries and has worked on projects with UNU-Wider, the Agence Française de Développement, and the World Bank. Before joining OUDCE, Isabel was a Governing Body Fellow at Harris Manchester College, where she was also the Tutorial Fellow in Economics.  In 2018, Isabel was elected Vice-Principal of the College.