Latin American History Seminar: The "Black Legend" and the "Orientalisation" of Spain: The Impact on the Discourse and Practice of Cuban, Catalan and Basque Nationalism, 1850-1914 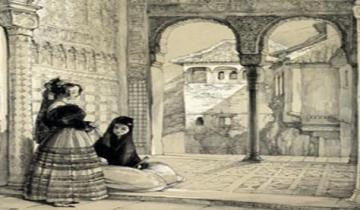 Angel Smith is Reader in Modern Spanish history at the University of Leeds. His major monographs are Anarchism, Revolution and Reaction: Catalan Labour and the Crisis of the Spanish State, 1898-1923, International Studies in Social History, vol. 8 (Oxford: Berghahn, 2007), and The Origins of Catalan Nationalism, 1770-1898 (Basingstoke: Palgrave-Macmillan, 2014). This year, together with Professor Paul Garner, he has also brought out the edited volume, Nationalism and Transnationalism in Spain and Latin America, 1808-1923 (Cardiff: Wales University Press). It includes the chapter by Smith, “Nationalisms against the Spanish State, 1808-1923: Cuba, Catalonia and the Basque Country.” At present he is working on a single-authored monograph on the “Black Legend” and the “Orientalisation” of Spain by the European intelligentsia and its impact on Spanish nationalism and on the building of Spanish cultural identity. He would also like to broaden this work out to include the elaboration and dissemination of the Black Legend and Orientalist perspectives on Spain/the Hispanic world in the United States and Latin America, most notably the assimilation of such discourses in Latin America and their impact on the construction of national identity (with reference both to Spain and the United States). The seminar focuses on the contribution of such ideas in the construction of nationalist movements against the Spanish state in Cuba, Catalonia and the Basque Country.