Latin American Centre Seminars: Co-hosted with the African Studies Centre and the China Centre: The impact of China in developing countries: Latin America and Africa compared 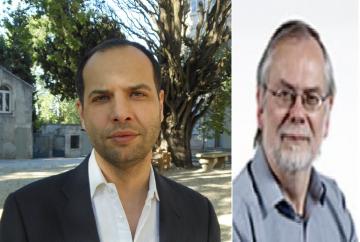 Ricardo Soares de Oliveira is Associate Professor in Comparative Politics (African Politics) at the Department of Politics and International Relations, University of Oxford; Official Fellow of St Peter's College; and a Fellow with the Global Public Policy Institute, Berlin.

His research interests include African politics (particularly West and Central Africa), the geopolitics of energy and international political economy, especially in the fields of natural resource extraction, state decay and post-conflict reconstruction. He is the author of Oil and Politics in the Gulf of Guinea (2007), co-editor of China Returns to Africa: A Rising Power and a Continent Embrace (with Chris Alden and Daniel Large, 2008) and The New Protectorates: International Tutelage and the Making of Liberal States (with James Mayall, 2011). His latest book is Magnificent and Beggar Land: Angola Since the Civil War (2015). Soares de Oliveira has worked in the field of governance and the extractive industries for the World Bank, the European Commission, Catholic Relief Services, the National Democratic Institute for International Affairs (NDI), Oxfam, and the French Ministry of Defence, among others.

His individual and collaborative work has received support from the Leverhulme Trust, the Volkswagen Foundation, the British Academy, the Portuguese Foundation for Science and Technology, the Rockefeller Foundation, the Calouste Gulbenkian Foundation, the Fundao Oriente and the China Universities' Committee.

Rhys Jenkins is Professor of Development Economics at the School of International Development, University of East Anglia.  He has a long standing interest in the impact of globalisation on Latin America, having researched topics such as the role of transnational corporations in the region, the effects of trade liberalization and structural adjustment and most recently the impacts of the growth of China on Latin American economies. He co-edited China and Latin America: Economic Relations in the twenty-first century (Bonn: German Development Institute, 2009) and has published articles on China and Latin America in World Development, Oxford Development Studies, CEPAL Review and Third World Quarterly.   He has worked in a number of Latin American countries including Mexico, Argentina, Bolivia, Brazil and Chile.