LAC Main Seminar Series: US policy towards Cuba in the post-Cold War era: sanctions as a weapon of choice

To join online, please register in advance for this meeting:

After registering, you will receive a confirmation email containing information about joining the meeting.

The conflictive nature of the relation between Cuba and the United States has been a relevant component of the history of the Great Caribbean Basin, with implications beyond the region. The Cuban revolution of 1959 brought the conflict to the forefront, and integrated it into the Cold War. For Cuba, Washington´s policy towards the island has been the most important exogenous factor in its development for well over a century, a policy that has been openly hostile for the last 63 years. The collapse of Europe´s Eastern Block and the dissolution of the Soviet Union sent shockwaves around the globe, and change the international system deeply. Yet, the conflict between the US and Cuba remained acute.

We address Washington´s Cuba policy in the post-Cold War world, attempting to unravel the forces and factors driving its making. We present the key variables of that policy, and highlight the axes that articulate it in a coherent system. On that base, we address what constitute probably the most important –and yet often not fully understood- of those axes, the system of sanctions imposed by the US against Cuba. Our work has shown the dynamic character of what is called in Cuba blockade, and embargo in the US. We also found that no exhaustive detailed list of the sanctions had been put together by any specialised scholar or organization, thus hindering the ability to fully grasp their scope and depth. We deepen in the black lists, the most frequently used form of sanction of the period, and explore the composed impact of the system on Cuba´s economy and society. 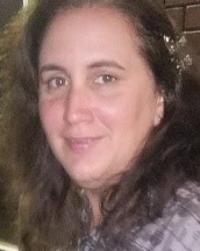 She worked at the Center for the Study of Cuban Economy (CEEC), University of Havana; at the Centre for Psychological and Sociological Studies (CIPS), subordinated to the Ministry of Sciences, Technology and Environment; at the Center for Juridical Research (CIJ), subordinated to the Ministry of Justice, and as Municipal Public Prosecutor. She has advised local governments, cooperatives, micro and small enterprises, projects of local development, self-employees and natural persons on contracts, taxes, social responsibility, penal law, administrative law, domestic control law, intellectual property, housing and labour law.

Her research fields are US sanctions on Cuba, US corporations, US-Cuba businesses, Cuban economic non-State actors. She has co-authored one book. She is author and co-author of 13 book chapters and 22 articles published in academic books and journals edited in Cuba, France, Italy, Spain, Brazil, Mexico, Argentina and Colombia. She has delivered or co-authored 40 papers, presented at academic conferences in Cuba and the United Kingdom. 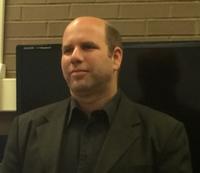