In a number of Latin American countries, the COVID-19 pandemic has once again put the distribution of responsibilities, resources and authority between different levels of government at the heart of political debate. Particularly in Colombia, a country with an already shocked national government, both political leaders and common citizens in some of the main cities began to claim more powers and resources for their local mayors, who were perceived as far more attentive than the national government to deal with the crisis. In short order, this ushered in a reoccurring debate about which level of government was accountable for the number of cases, deaths and economic consequences of the policy responses. Unexpectedly, a renewed public interest pointed to one basic question: Why and how did Colombia become so recentralised?

To answer this question, López-Murcia's research traces and compares reform efforts across a 26-year period (including the current administration). This made for detailed analysis and provided the adequate setting for a path-dependent approach. Combining evidence from more than a hundred interviews (including presidents, ministers, members of congress, governors, local mayors and other public officials) with extensive documentary sources, the book not only proposes that Colombia’s recentralisation trends were the outcomes of the interaction between the economic performance (mostly influenced by external economic shocks) and the predominant institutional context (decentralised or recentralised), but also identifies and conceptualises the heresthetic strategies used by the last five administrations to re-assert themselves vis-à-vis subnational governments. 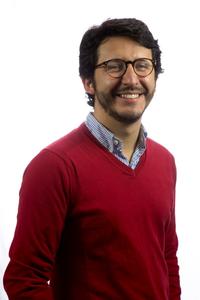 Julián D. López Murcia is an Associate Professor at the Universidad de La Sabana, Colombia. As Low Murtra scholar, he obtained an MSc in Regulation at the London School of Economics and received his doctorate in Politics from the University of Oxford, where he studied under the supervision of Christopher Hood and Eduardo Posada-Carbó. He has served as Dean of the Faculty of Social Sciences at the Universidad de Bogotá Jorge Tadeo Lozano, as Colombia’s Superintendent of Water Supply and Sanitation and Ad-hoc Justice at the Tribunal Administrativo de Cundinamarca, as well as a consultant at the World Bank and the Inter-American Development Bank. His work has appeared in the Journal of Politics in Latin America, Vniversitas, as well as in edited volumes.

Jaime Bonet obtained a master's degree in economics and a PhD in regional planning from the University of Illinois at Urbana-Champaign (USA). Since July 2013, he is the Manager of the Banco de la República branch of Cartagena, where he is the director of the Center for Regional Economic Studies (CEER).More information: https://investiga.banrep.gov.co/en/profile/73