Alexandre Gianasso (MSc Russian and East European Studies 2018-19) has been appointed as Commercial Manager of the Russo-British Chamber of Commerce in the London office, entrusted with the crucial task of growing the Chamber’s activities and network in the UK. 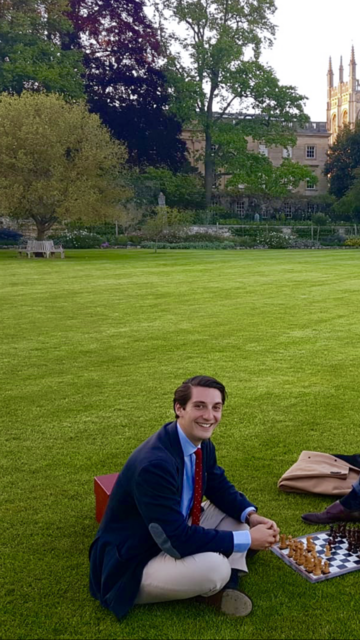 The Russo-British Chamber of Commerce (RBCC) is a non-political bilateral international organisation which acts as a forum for the advancement of business and trade interests between Britain and Russia. Founded at the height of the First World War in 1916, the Certificate of Incorporation of the Chamber reads that it had been established for ‘the promotion of commerce between the British and Russian Empires’. In effect, this was a way of strengthening ties between these two important members of the Triple Entente and commit the Russian Empire to its struggle against the Central Powers in the midst of the global conflict.

In a remarkable feat of continuity, the Chamber never ceased its operations despite tumultuous times of revolutions, regime changes, and moments of diplomatic rupture between the two nations. It enabled the business communities of both countries to preserve and expand their dealings in spite of varying political fortunes for the sake of mutual prosperity throughout a whimsical century. The Chamber, however, was at the heart of the booming trade induced by the Détente between Britain and the Soviet Union, culminating in the visit of Nikita Khrushchev in London in 1956 and even offered a stop-over to Margret Thatcher on her visit to Moscow in 1987 when she inaugurated the Chamber’s new offices in Moscow (then named the British-Soviet Chamber of Commerce, for obvious reasons).

Today, under the patronage of HRH the Prince Michael of Kent, the Chamber strives to live up to the legacy of the century-old RBCC by furthering commercial and trade ties between the UK and the Russian Federation by providing opportunities for entrepreneurs of both nations to meet, explore, and materialise business projects for mutual benefit. The two are the 2nd and 5th largest economies of the European continent, respectively, with Russia being Europe’s largest consumer market by population. London and Moscow being only 3 hours away by plane from each other, and in the context of a Brexit Britain seeking to diversify its trade position in the world, the RBCC will undoubtedly be at the forefront of a renewed economic dynamic, which it intends to facilitate to the greatest extent possible in the years to come.