Race and Women Migrants in London

Ana Gutiérrez Garza, Lecturer in Social Anthropology at the University of St Andrew’s, reflects on her research on Latin American women in London 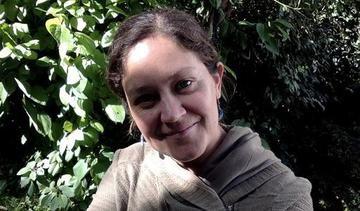 I was invited to present a paper for the Seminar Series at the Latin American Centre in Oxford. I was really excited at presenting a paper to an audience of Latin American scholars because as a social anthropologist I usually discuss my work within the discipline, this time was different. My talk was part of my book, Care for Sale: an ethnography of Latin American domestic and sex workers in London, which is based on my doctoral research. Ongoing ethnographic research and fieldwork since 2009 has given me the opportunity to explore the lives of women from various parts of Latin America while trying to make a life for themselves and their loved ones. Part of my work focuses on the ways in which women, who self-identified as middle class, deal with the downward status mobility provoked by their migration and by their insertion into these occupations. Precarious labour, insecure legal statuses and moral dislocations forced them to inhabit new social worlds that contradict previous racial and social identifications. During my fieldwork, I encountered how women dispossessed from a previous class membership, hold to an idealised self-perception of a higher status that is infused by white Eurocentric identifications and aspirations. Although it would be inaccurate to generalise on racial identifications across Latin America, I found common traits that women used in order to explain their new social positions in London. I have to confess that it was hard to witness racism and the power that racial categories have in different countries in Latin America, many of which originated in the colonial period and were later reconfigured in post-colonial times. Still, women’s identifications and experiences of class and race provided me vivid examples of the intertwinement that persists between privilege and colour in this part of the world.

It was not unusual for my interlocutors to use any hint of whiteness, such as a narrow nose, a white ancestor, or sometimes having or claiming a high social status, as a way to whiten themselves. Most of them identified themselves as white (except for those who had black ancestry) and would usually refer to others as less white, morochos, collas, or morenos. Unsurprisingly and following the racial identifications in Latin America the categories ‘black’ or ‘indigenous’ were avoided because of their devalued characteristics, even among those who claimed to have had indigenous or black parents or grandparents. Women’s efforts to marry white European men, to have white children or grandchildren spoke of the need to prove - through mixing - the acquisition of a better status within their migration trajectories. ‘I am already dark, I needed someone white to whitened by child. I needed to mejorar la raza’, Felipa from Mexico told me in a jokingly kind of way.  Popular pejorative expressions throughout Latin America like ‘bettering the race’, which refers to marrying lighter, or ‘Don’t be an Indian’ and ‘It had to be a black person’ strongly signal the undesirability of non-white categories. As Goldberg explains, the idea of becoming whiter or lightening the race goes hand in hand with the notion of upward mobility, which is intimately articulated through race, class, and gender (2009, 216). This upward mobility is not only manifested through whiteness as colour, women also use markers of taste and beauty - structured around European ideals - intertwined with racial traits that can potentially signal a higher position in the social ladder.

The stories that I presented in this paper seem ordinary for those of us who study Latin America, however long-term fieldwork and intensive participant observation has given me the opportunity to understand how these stories depict more than sole classism and racism. The stories of migrants who find themselves living precarious lives and struggling to sustain past idealised notions of themselves provide us with information about the efforts that people make in order to reconstitute their disrupted personhood, their dislocated class, racial and social statuses while at the same generating new ones that, unfortunately in many cases, create further divisions and fractures.