This was an opportunity to see the work of young graduate students in China who spend a minimum of two-years doing fieldwork in a country of their choice. The presentations on Latin America reflected this immersion and all discussions were extremely stimulating.

Besides region-led discussions, all invited speakers met in plenaries addressing common themes, such as: should we be talking about global studies? What is the vantage point of an area studies programme? Should Europe and the US be subject to the same analysis as Latin America, China or the Middle East? The plenaries were provocative. 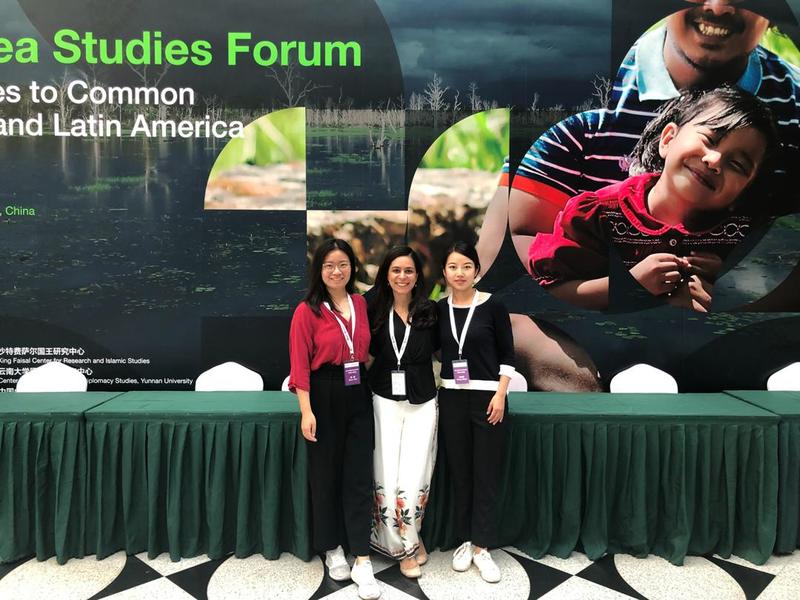 Certainly Latin America, Middle East or Africa have much in common and for that reason, studying globally rather than regionally is timely. However, isn’t the point of comparison the fact places stand regionally apart yet are similar? That is, in connecting these places didn’t we separate them first? Besides, if focussing on the globe, how to make sure smaller countries get space and not only larger ones such as Brazil, China, and India? Having a Global Area Studies Centre, as in the case in Oxford, and different centres focussing on regions in the world seem to address both challenges: the opportunity to compare and contrast and that to focus on smaller places interdisciplinary. As for the analysis of places like Europe and the USA, this certainly invites a discussion about the decolonisation of knowledge. Whether disciplines such as Anthropology or Area Studies have started by familiarising themselves with the unfamiliar, at times exoticising the subject of analysis, making the familiar strange is also a call.