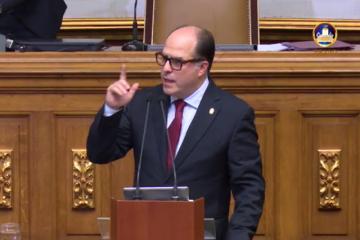 On 6th January 2017, the Venezuelan National Assembly elected Julio Andrés Borges as its President.  A lawmaker since 2000, Borges is the leader of Justice First (Primero Justicia), one of several opposition political parties that make up the Mesa de la Unidad Democrática coalition which won a legislative majority in 2015. Julio Borges was a Chevening scholar at St Antony’s College in 1995-1996, when he completed the MSc in Public Policy of Latin America. His thesis, “Decentralization and Participation in Venezuela, 1989-1996” was directed by Professor Rosemary Thorp.