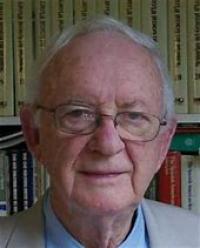 John Lynch, eminent historian of Latin America and former Director of the Institute of Latin American Studies in London, passed away last week, on 4th April. At the LAC’s request, Anthony McFarlane, Emeritus Professor at Warwick, writes a tribute to his work:

John Lynch will long be remembered for his huge contribution to our understanding of the history of the Hispanic world. Over a long and extremely fruitful career, he engaged with many subjects, ranging from colonial and republican Argentina to wide-ranging studies of the Spanish empire under Habsburg and Bourbon rule, Spanish America independence, the post-independence phenomenon of caudillos, and, most recently, full biographies of Bolívar and San Martín, and the history of religion in Latin America. His works will long remain key references on these subjects, distinguished by his erudition, his outstanding talent for lucid synthesis, and his limpid prose. John invariably found the phrase that illuminated a subject, the mot juste that caught the reader’s attention and crystallized the question.

John Lynch also occupies his own place in the history of Latin American studies in the English-speaking world, for he was in that vanguard of British academics who developed the study of Latin American history in the UK from the 1960s, and ensured that Latin American history -and Latin American studies more generally – established a strong presence in British universities. In his work as both teacher and writer, he did much to bring the history of Spain and its empire to a growing public, in both the English and Spanish-speaking worlds. John was a quiet and modest man, liked by all who knew him, particularly those of us who, like me, had the good fortune to be among his PhD students. He was an assiduous, knowledgeable, and helpful supervisor, always keen to respond to reports from the archives (mine from the Archivo Nacional de Colombia when it was still in its old site, perched on the top floor of the Biblioteca Nacional), and to provide the novice with the benefit of his considerable scholarship and generous support. He will be sadly missed by the community of historians to whom he contributed so much.