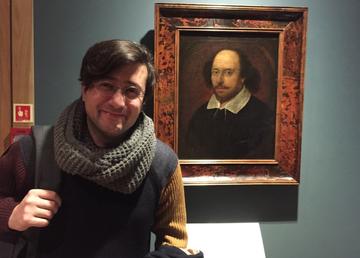 Specifically, the study examines the works by contemporary English writers Angela Carter, Ian McEwan, Edward Bond, and Howard Barker. The monograph is also a reflection on the most recent interpretations of Shakespeare’s works staged by contemporary British and Georgian directors in London and Georgian theatres in the contemporary Western socio-political and cultural context.

The monograph is also notable because it is accompanied by three documentaries about the Georgian Shakespeareana made by David Maziashvili in Tbilisi, London and Oxford in 2015, 2019 and 2020.

The book is intended for specialists, students and the general audience interested in Shakespeare, postmodern literature, drama and theatre.