‘Normally, when we talk about human rights, we think about the state being responsible for guaranteeing human rights within the borders of a country, but today, with increasing globalisation and high levels of people movement between countries, we’re coming to realise that this state-centric framework is no longer enough,’ says Dr Francesca Lessa, Marie Skłodowska-Curie Research Fellow in OSGA’s Latin America Centre. 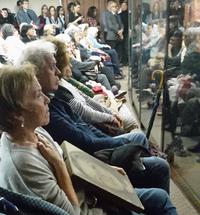 Recent activism on climate change and environmental protection has brought the topic of transnational rights to the fore, as have issues of migration and human trafficking, the responsibilities of international businesses, and the emergence of transnational non-state actors such as Islamic State. ‘Human rights violations often connect more than one country,’ points out Francesca. ‘For example, after the 9/11 attacks, suspected terrorists were arrested – legally or not – in countries like Afghanistan and Pakistan and then taken to torture centres in countries such as Syria or Egypt where US officials could interrogate them’.

How the world should respond to these violations was the subject of a recent international conference, Justice for transnational human rights violations – at the crossroads of litigation, policy and scholarship, organised at Mansfield College and St Antony’s College by Francesca alongside Oxford’s Bonavero Institute of Human Rights, the Latin America Centre and the Oxford Transitional Justice Research Network.

Francesca’s research focuses chiefly on how South American countries are today dealing with the crimes committed in the 1970s and 1980s during the “Operation Condor” campaign of political repression, when regimes secretly collaborated with each other to create what she calls ‘a borderless area of terror’. She is both recording and analysing the human rights violations that took place during this period and also mapping all the different judicial proceedings and criminal investigations that are seeking to investigate and establish responsibilities for these atrocities.

‘I’ve been working closely with a set of non-academic actors, both legal professionals and organisations such as the Inter-American Commission on Human Rights, the International Centre for Justice and International Law, and think-tanks such as the Washington Office on Latin America,’ she explain 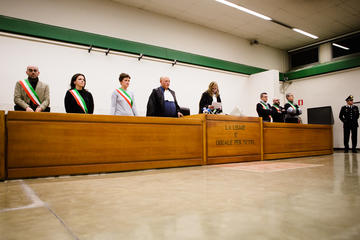 Pivotal to her research project has been a series of ‘knowledge exchange events, held in Chile (2015), Uruguay (2016) and Argentina (2018) with local actors involved in accountability on the ground. ‘On the first day, we have an open conference where lawyers, prosecutors, and judges can discuss specific trials as well as other relevant judicial developments in their own country. It’s open to academics, scholars and even the general public,’ explains Francesca. ‘On the second day, we have a closed workshop where targeted participants like prosecutors,  judges, lawyers, survivors, academics, and human rights activists can speak more openly, exchanging experiences and even jointly developing potential new strategies to tackle shared challenges in their work.’

Following the meetings, Francesca has written in close collaboration with local partners two policy briefs: Justice without borders: accountability for Plan Condor crimes in South America and Investigating crimes against humanity in South America. These acclaimed reports have led to national newspaper and radio interviews, as well as invitations to present the findings before international human rights organisations.

A crucial additional benefit has been the international networking that the meetings have initiated. Francesca adds: ‘Participants have told me they are delighted to meet with their colleagues from neighbouring countries and realise that they are not struggling alone but are part of a broader effort against impunity. Many of them are now collaborating to generate with new ideas and solutions in the face of similar obstacles to justice.’