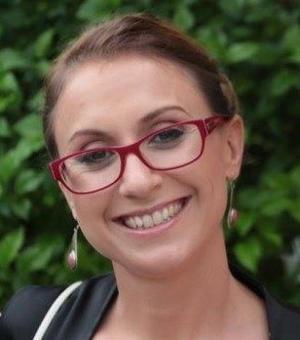 Francesca Lessa specialises in human rights in Latin America, focusing on accountability for past and present instances of human rights violations and the politics behind these processes, which encompass state, regional, and international actors as well as civil society activists. Francesca has published extensively on these topics and others relating to impunity and memory in Latin America, in top-journals including Human Rights Quarterly, The Journal of Latin American Studies, The International Journal of Transitional Justice, and The Journal of Human Rights Practice. Her first book, Memory and Transitional Justice in Argentina and Uruguay: Against Impunity was published in 2013 and was shortlisted for the Latin American Studies Association “Best Recent History and Memory Book Contest.” She is currently finalising her second book, which is provisionally entitled “The Condor Trials: Transnational Repression and Human Rights in South America.”

Francesca has a PhD in International Relations from the London School of Economics and joined the University of Oxford as a Post-Doctoral Researcher in 2011 at the Latin American Centre. Between 2016 and 2020, she was the recipient of the prestigious Marie Skłodowska-Curie Fellowship of the European Commission, to conduct a project on transnational state repression in 1970s’ South America and contemporary attempts to achieve justice for these cross-border atrocities.

Her research on this topic has been pointed out as one of the main research projects with a high impact within the Social Sciences: the project reached the final shortlist of the Vice Chancellor’s 2020 Innovation Awards and now features as an impact case study on the University webpage. Numerous international news outlets, including The Guardian, The New York Times, The BBC and BBC Brasil, as well as newspapers and radios in Argentina, Brazil, Chile, Italy, Uruguay and the US have interviewed Francesca about her research.

Francesca frequently collaborates with regional and international organisations and NGOs, having delivered presentations to the Inter-American Commission on Human Rights, The Center for Justice and International Law, The Washington Office on Latin America, and she is the Honorary President of the Observatorio Luz Ibarburu (Uruguay), a network of human rights NGOs devoted to the fight against impunity in that country.