Young Chinese Men are working in Ethiopia to secure their futures. 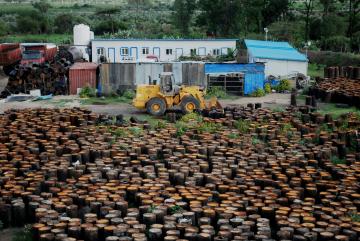 What drives so many Chinese men to go and work in Africa, Latin America or other parts of the global south? Anthropologist Dr Miriam Driessen, Leverhulme Early career Fellow, believes the phenomenon is driven by skyrocketing housing prices in China plus a new longing for security against a backdrop of the country’s recent social transformation.

Miriam has spent time living amongst Chinese workers engaged on road building projects in Ethiopia both in urban Addis Ababa and in Tigray, a rural area in the north of the country. They are, she says, mostly men in their mid-twenties to early thirties who are there for a limited period – typically five to seven years – because they can ern perhaps four times the salary they would earn in China. 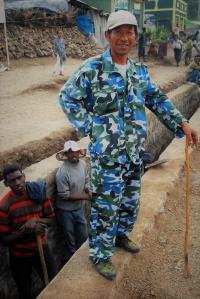 But while migration has for some time been recognised in China as an avenue for upwards social mobility, Miriam believes that she is now seeing a real shift in attitude as a consequence of China’s social transformation. Instead of migration in pursuit of self-realisation and material worth – ‘making it’ – young people today, particularly rural young men, are being pushed into a temporary migration by a sense of anxiety and fear of being left behind in the fierce competition for wealth, jobs, housing and  family life. Working in Africa – and often continuing to do so to keep up the mortgage payments even after getting married – is motivated not by ambition but by a longing for stability and security.

This has been abridged from the original interview by Sally Croft that appeared in the SIAS Newsletter Issue: 1