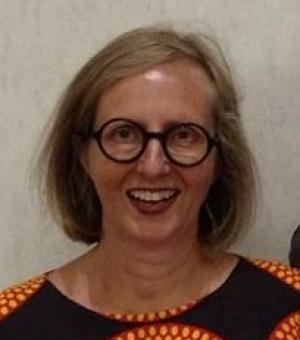 My research focuses on African literature and African popular cultural studies, and on the ethics of knowledge production about and from Africa. I have previously held positions at the University of the Western Cape, University of Cape Town, SOAS University of London and Queen Mary University and have held fellowships at Harvard University and Wits University.

My monograph Written Under the Skin: Blood and Intergenerational Memory in South Africa was published in 2019 in the African Articulations series of James Currey/Boydell & Brewer (https://boydellandbrewer.com/written-under-the-skin-hb.html). The argument of the book is that a younger generation is disputing and debating the terms through which to understand contemporary South Africa, as well as for interpreting the legacies of the past that remain under the visible layer of skin. I use the image of history-rich blood under the skin to explore approaches to intergenerational memory in the time of the #Fallists. Blood under the skin is a carrier of embodied and gendered histories and using this image, the chapters revisit older archives, and analyse contemporary South African cultural and literary forms. The emphasis on blood challenges the privileged status skin has had as explanatory category in thinking about identity, and instead emphasises intergenerational transfer and continuity.

Together with Moradewun Adejunmobi, I recently edited the Routledge Handbook of African Literature, published in 2019, which includes 28 chapters by scholars from across the globe. Our goal as editors has been to make a range of critical engagements with African literature, and to provide additional impetus for pushing beyond the boundaries of familiar critical engagements with African literature. Assembling chapters for this Handbook compelled us to ponder the politics of the scholarly anthology, the locatedness of knowledge and the interventions that anthologies make. This anthology comprising the work of differently located scholars gives some sense of the concerns that matter for individual scholars in diverse locations and how we might bring these concerns into dialogue with each other.

I am working on a new project on African campus forms, which will analyse the ways in which African campuses have been represented as a particular scene of experience, across various genres and in a range of discourses. One strand within this project is to trace how the curriculum has been debated and contested through novels set on campuses; another is to trace the ways in which campus novels and other campus forms can act as activist resources, related to self-help genres understood as collectivist projects. African campuses, in particular Nigerian university campuses, are frequently the backdrop for films, and scholars have commented on the prevalence of the university campus as location in Nollywood films. Corrupt lecturers are a common and recurring trope in Nollywood depictions of campus life, and many campus forms comment on the dangerous forms ambition can take. Campus novels (in the scholarly literature that is not Africa-centred – and which is dominated by novels set at Oxford) have generally been read as satirical works; my project traces instead campus forms as uprising and transformation genres, ranging from novels chronicling the various forms of injustice on campus to the diverse forms related to the #Fallist project.

I am the editor of the Journal of African Cultural Studies (https://www.tandfonline.com/toc/cjac20/current), a journal with a special commitment to publishing cutting edge scholarship produced by Africa-based scholars.