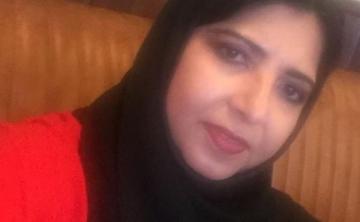 Oman is a small quite country at the south eastern corner of the Arabian Peninsula. Omani’s lives are heavily influenced by tradition and religion, but education that was mandatory since the early 1970’s had its role in re-shaping the society.  Human rights in this country is primarily determined by a visionary leadership, empowered by legislations and driven by Islamic rules and longstanding traditions. These may be at times conflicting, and women in Oman are confronted with many challenges.

This presentation will discuss the experience of two Omani women in the city and in the village, and the social, economical and cultural factors that shapes their livelihood.  Samira, living in modern Muscat, educated at top world universities and has a prime job, mother of two, and Shamsa who never left her village, a wife and mother but she also has her own aspirations.  These women have more similarities than what meets the eye. These will be explored in views of the legislative and cultural space of the country.

As an Expert in public health in the Ministry of Health, Oman, Deena's interest is in improving people’s lives through efficient health systems and services. She has an extensive experience in management and administration of public health programs. She led the establishment of the Department of Nutrition in Oman and successfully implemented several projects that improved women and children nutrition in Oman. She also served on a number of World Health Organization Committees for the development of evidence based guidelines.

In addition, she is a founding member of the Oman Public Health Society and  active in the civil society in Oman. She served on the Boards of several NGO’s including the Omani Women Association and the Association of Early intervention for children of special needs.  And she was appointed as a founding member of the National Human Rights Commission in the first term (2009-2011) by a Royal Decree.  After that, she continued her work in the civil society and women’s associations.