Who is Mr Navalny? 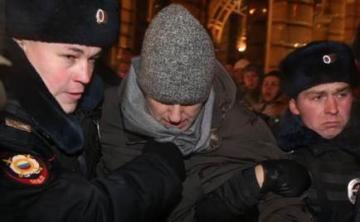 Speaker: Anastasia Valeeva (Reuters Institute for the Study of Journalism)

Anastasia Valeeva is a Russian freelance journalist specialized in investigative reporting and open data. Since 2012 she has been based in Europe where, as a freelancer, she has been writing and producing pieces about politics and society for Esquire Russia, Open Democracy, TV Rain, Russia Beyond the Headlines, Cafebabel and other outlets. She was also a screenwriter for the documentary Russian Jews (Russia, 2016) and producer for documentaries The Platform (Russia, 2013) about the conflict between Gazprom and Greenpeace and The girls are flying (Russia, 2012) about teen suicide.

In terms of open data and data journalism, Anastasia has worked for Open Knowledge Belgium as a communications and event manager of the #Diplohack Brussels, which was a hackathon building transparency applications on top of the EU open data. She is also a community manager at Open Knowledge Russia where she contributes blog posts and interviews. Anastasia has taught television journalism at the European Youth Media Days and data journalism at the UNDP Data Journalism Bootcamp for Eastern Europe and former Soviet Union countries.
Previously, in Russia, she started her career working at the federal Russian television channel NTV. She was an international producer working on critical pieces and exclusive reports such as a documentary about transgender people in Russia and reports from North Korea.