University of Oxford event: Professor Amartya Sen in conversation with the Chancellor, Lord Patten of Barnes

Conveners: The University of Oxford 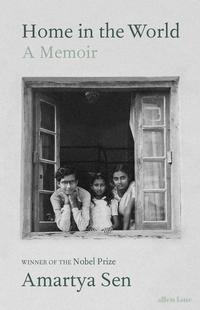 Professor Sen will be in conversation with Lord Patten, Chancellor of the University of Oxford, discussing his latest book Home in the World. In this memoir, Professor Sen explores the meaning of the word ‘home’: Dhaka in modern Bangladesh where he grew up, the village of Santiniketan where he was raised by his grandparents as much as by his parents, Calcutta where he first studied economics and was active in student movements, and Trinity College, Cambridge, to which he came aged 19. In his book he charts a path through the places and ideas that shaped him, including the evolving relationship between Britain and India.

The conversation will be followed by an audience Q&A.

Register to attend on Eventbrite by 12:00 noon on Friday 5 November. Link: https://www.eventbrite.co.uk/e/professor-amartya-sen-in-conversation-with-lord-patten-of-barnes-online-tickets-191614252387

Registrants will be sent joining instructions with a link to join the event.