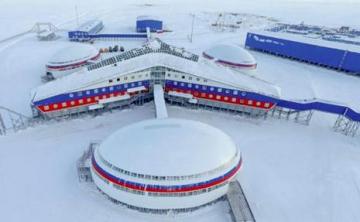 There is a particularly tight intertwining of domestic and foreign policy variables under Mr. Putin. In the domestic realm the closest analogy one may find is in literature, particularly in the books of the novelist Gabriel Garcia Marquez who so effectively used the literary device of magical realism. In literature, magical realism combines elements of the rational with the fantastic to create a powerful image and convey a deep message. In current Russian politics, we see something similar, which we may call Political Magical Realism (PMR). PMR also conveys a message and entices the practitioner to believe in its effectiveness by dazzling the population, but in politics, in fact, it results in the stark avoidance of dealing with fundamental problems, including current or pending crises. PMR also means trying perennially to keep Putinism aloft on toxic fantasies, and this requires various elements to be employed from the toolbox of dictatorship. Invariably, PMR operates under the arc of bombastic nationalism and a claim of defending the nation against foreign threats. Moreover, Mr. Putin needs constant foreign policy successes. There is no master plan or even a cohesive strategy but at best a Weltanschauung. Yet, this is an invitation to constant tension in Russia’s international interactions, particularly in the Arctic, where even limited transactional relations are made difficult. Russia, moreover, is engaging in a massive military buildup in the region and is pushing hard for energy exploration and exploitation in an ecologically fragile region. Add the possibilities for commercial navigation that climate change may afford and the Arctic is a region where the West is and will be increasingly tested.

Aurel Braun is currently a Professor of International Relations and Political Science at the University of Toronto. He is also an Associate of the Davis Center at Harvard University. He is a senior member of the Centre for Eurasian, Russian and East European Studies and a Fellow of Trinity College at the University of Toronto. Between July 2012 and June 2015 he was a Visiting Professor teaching in the Department of Government, Harvard University. Professor Braun has twice been appointed a Visiting Scholar at the Hoover Institution, Stanford University. In March 2009, the Federal Cabinet via a Governor-in-Council appointment made Professor Braun the Chairman of the Board of Directors of the International Centre for Human Rights and Democratic Development (Rights & Democracy) for a three-year term. In December 2012, Professor Braun was awarded the Queen Elizabeth II Diamond Jubilee Medal for services to Canada and for academic distinction by the Governor-General of Canada. Professor Braun has published extensively on communist affairs and strategic studies with a special focus on the problems of the transformation of the socialist systems in the former Soviet Union and in Eastern Europe. He is also a specialist in international law. He is the author and/or editor of several books. His latest book is NATO-Russia Relations in the 21st Century. His forthcoming book is on Russia, the West and Arctic Security.