The Art of Non-Alliance in Cold War-era Chinese Literature 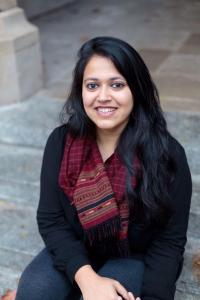 While the Cold War-era cultural exchange between China and parts of the socialist world has received scholarly attention, China’s literary relations with the emergent Third World remain underexplored. Focusing on the case of India, this paper explores Chinese writers’ real and imagined engagements with ideas of friendship, the Third World, and other such “third spaces” in what is largely seen as a binary global landscape of the Cold War period. The 1950s marked a period of heightened interaction between China and India. A proliferation of China-India friendship associations, cultural delegations, and exchange programs fostered a spirit of collaboration, bringing Chinese writers into unprecedented degrees of contact with India. This paper brings to light the unstudied travelogues of these Chinese visitors recording their journeys across the Himalayas. Such texts, I find, repeatedly harness the motif of pilgrimage, reconfiguring this typically Buddhist trope to navigate the intertwined registers of aesthetics and politics, the national and the international. Introducing a new transnational dimension to the study of socialist Chinese literature, I explore the capacity of this spiritual rhetoric of pilgrimage to negotiate secular politics of alliance and Non-Alliance, and to craft notions of humanism in the early postcolonial world.

Adhira Mangalagiri is a Lecturer in Comparative Literature at Queen Mary, University of London