Symposium: Drugs, Politics and Society in the Global South 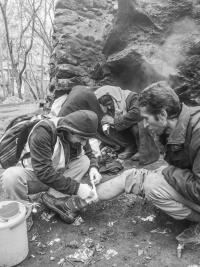 More than ever, the issue of drugs and debates around drug policy have become relevant to the political debate across the globe. Leaders and civil society organisations in many countries have voiced support for a ‘regime change’ in drug control policy; in several instances, ground-breaking reforms have been introduced or are for the first time being seriously considered by national parliaments and governments. Drugs, hence, have become more than a niche territory for anti-narcotic officials and medical practitioners; they occupy an especial place in the analysis of political, social and historical phenomena and are the object of study of different disciplines. As such, they also remain substantially, interdisciplinary.

From the use of stimulant drugs during the open-ended revolts of the ‘Arab Spring’, the establishment of harm reduction policies in Iran, to the legalisation process in Uruguay, and decriminalisation in Portugal, drug policy is living an academic momentum without precedents. The issue of drugs has gained an especial place in the domestic, transnational and international context, with trajectories that could be innovative and potentially influential on the global scenario.

The two-day symposium intends to tackle the issue of drugs through an interdisciplinary, multi-sited approach, which is also peculiar to the tradition of St Antony’s College and the Department of Politics and International Relations. The objective is to bring together scholars whose interest in drug politics, sensu lato, and area expertise can contribute to triggering meaningful comparative debate. By focusing on several themes in two days, this would allow a comprehensive discussion of major aspects of drug policy in the Global South. One major contribution of this symposium would be to discuss the issue of drugs in those regions, which have often been left out of the drug policy debate. Apart from scholars working on Latin American drug politics, the events will include participation of scholars working on drugs in the Middle East, Africa and East Asia.

The event is open to the public and will take place in the InvestCorp Auditorium on October 26-27, 2016.

'US Imperialism and Mexican Drug Policy, 1912-1920: A Reassessment' Isaac Campos (University of Cincinnati)