South Asia Seminar: The Unmaking of an Imperial Army: The Indian Army in World War II 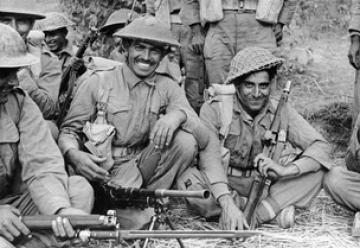 How are soldiers made? Why do they fight? Military sociology and history consider these questions Eurocentrically, with the armies of Western nation-states. Soldiers of Empire rethinks relations between armed forces and society with Indian, British and African troops in World War II. Soldiers of empire in a total war of nations, they scuttle conventional accounts. This book sees the army as a group formation machine articulated with colonial society. It reconceives discipline as ritual and battle as structure. Combat can self-generate; it produces as well as consumes the will to sacrifice. Group formation and sacrifice, totems and blood, position the soldier anthropologically, as a human rather than a national or civilizational type. There is a gap between the experience of military service and battle and the modern and national categories we bring to understanding and representing that experience. In this book, soldiers reappear as ancient and cosmopolitan, the meaning of their combats irreducible to the national histories that monopolize them.

Tarak Barkawi is Reader in the Department of International Relations, London School of Economics. He earned his doctorate at the University of Minnesota and specialises in the study of war, armed forces and society with a focus on conflict between the West and the global South. He is author of Globalization and War, Soldiers of Empire, and many scholarly articles.

The South Asia Seminar is organised with the support of the History Faculty.