Refugee Studies Centre Seminar -- Book launch for 'Syria: The Making and Unmaking of a Refuge State' 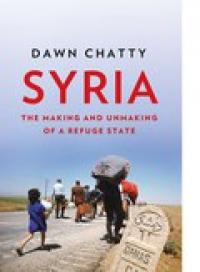 The dispossession and forced migration of nearly 50% of Syria’s population has produced the greatest refugee crisis since World War II. Syria: The Making and Unmaking of a Refuge State (Hurst Publishers) places the current displacement within the context of the widespread migrations that have indelibly marked the region throughout the last 150 years. Syria itself has harboured millions from its neighbouring lands, and Syrian society has been shaped by these diasporas. Dawn Chatty explores how modern Syria came to be a refuge state, focusing first on the major forced migrations into Syria of Circassians, Armenians, Kurds, Palestinians, and Iraqis. Drawing heavily on individual narratives and stories of integration, adaptation, and compromise, she shows that a local cosmopolitanism came to be seen as intrinsic to Syrian society. She examines the current outflow of people from Syria to neighbouring states as individuals and families seek survival with dignity, arguing that though the future remains uncertain, the resilience and strength of Syrian society both displaced internally within Syria and externally across borders bodes well for successful return and reintegration. If there is any hope to be found in the Syrian civil war, it is in this history.

Dawn Chatty is Emeritus Professor of Anthropology and Forced Migration and former Director of the Refugee Studies Centre, 2011-2014. She is a social anthropologist whose ethnographic interests lie in the Middle East, particularly with nomadic pastoral tribes and refugee young people. Her research interests include a number of forced migration and development issues such as conservation-induced displacement, tribal resettlement, modern technology and social change, gender and development and the impact of prolonged conflict on refugee young people.

Dawn is both an academic anthropologist and a practitioner, having carefully developed her career in universities in the United States, Lebanon, Syria and Oman, as well as with a number of development agencies such as the UNDP, UNICEF, FAO and IFAD. After taking her undergraduate degree with honours at UCLA (University of California at Los Angeles), she took a Master’s degree in Development Studies from the Institute of Social Studies, the Hague, Netherlands. She returned to UCLA to take her PhD in Social Anthropology under the late Professor Hilda Kuper.

Following the award of a Leverhulme Trust Major Research Fellowship, Dawn spent the period October 2005–September 2007 researching and writing a manuscript on Dispossession and Forced Migration in the Middle East. The volume was published by Cambridge University Press (2010) with the title Dispossession and Displacement in the Modern Middle East.