Rebels in Power: Shandong and Shanxi in China’s Cultural Revolution 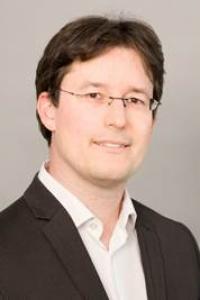 In late 1966, thousands of students, workers and local cadres were inspired by Mao’s call for rebellion and contributed to the overthrow of the party committees in their work units. In Shanxi and Shandong Province, the rebels “seized power” in early 1967. While some rebels gained important positions in the newly founded Revolutionary Committee, others rebel groups were destroyed immediately and their members ended up in prison or under house arrest. Many winners of the early Cultural Revolution became victims themselves. In 1977 after the fall of the “gang of four”, former rebels from all factions faced repressions. In order to understand how former rebels are making sense of these turbulent and traumatic experiences today, I conducted Oral History interviews with former student and worker rebels. Why did they become rebels? How do they see their fall? How did factionalism affect their memories? The project combines oral and written sources from private archives including underground newspapers, diaries or internal documents from the Cultural Revolution. While most of the research on the Cultural Revolution focuses on Beijing and Shanghai, I want to understand how ordinary people in provinces like Shanxi and Shandong experienced the rise and fall of the rebels.