POSTPONED: Screening (with English subtitles) and discussion: ‘Somos’: A participative documentary on adolescents’ conceptions of peace in post-conflict Colombia 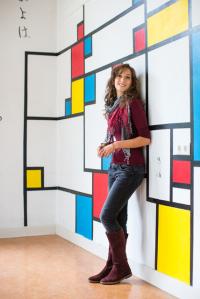 The film screening has been postponed for now, please check the website for further updates. Thank you.

The small town of San Carlos, Antioquia is considered a national icon of post-conflict reconciliation and peace in Colombia. But while this image is widely advertised by the media and promoted by adult activists in town, what do the younger generations have to say? 'Somos' is an attempt to answer to this question.

Realised by 24 adolescents, this participatory documentary gives voice to a narrative that has, until now, gone untold. In telling their life stories, these youths shed light on the issues of domestic violence, drug addiction, school conflict, and social discrimination, which still permeate the social fabric in Colombia’s peacebuilding model. In voicing their concerns, these adolescents express their longing for a peace that goes beyond silencing the rifles.

'Somos' is the result of a continuous work of 8 months (April-November 2016) that were crucial for the political history of Colombia. While the politicians discussed the peace agreement with the FARC-EP, these young people learned to use cameras, ask questions and formulate answers, to voice their world views and hopes for the future.

The realisation of the documentary was done by Elena Butti, DPhil candidate in Socio-Legal Studies at the University of Oxford, as part of her ethnographic fieldwork with adolescents in a rural town in (post-)conflict Colombia.

Elena Butti is a doctoral candidate at the Centre for Socio-Legal Studies of the University of Oxford. Her ESRC-funded research investigates the experiences of conflict-affected children and adolescents in the transitional justice and peacebuilding process in Colombia, where she conducted 16 months of ethnographic fieldwork. In Colombia, Elena has also collaborated with the International Center for Transitional Justice (ICTJ) and the United Nations Children’s Fund (UNICEF),. She has also occasionally acted as a visiting lecturer on transitional justice at the Law Faculties of the National University and the Rosario University in Bogotá. At Oxford, Elena is co-founder of the Oxford Children’s Rights Network, and a member of the Oxford Transitional Justice Research group and of the Oxford Network of Peace Studies. Prior to coming to Oxford, Elena graduated as Class Valedictorian from University College Utrecht and was a visiting student at SciencesPo Paris. She has extensive volunteering experience in several countries in Africa, the Middle East and Europe in the areas of sustainable development, peacebuilding and child education.