Nissan Seminar: Military Discipline and Japanese War Crimes, 1941-45. This seminar is in memory of Ann Waswo.

These seminars will occur live and will not be recorded. Unauthorized recording is strictly prohibited.

Please click on the seminar title to register in advance and receive the meeting details.

This seminar is in memory of Ann Waswo

During the Second World War, Japanese troops occupying Southeast Asia and large areas of China and the Pacific committed crimes against prisoners of war and civilians in the occupied territories on a large scale. The crimes included massacres, individual murders, torture and beatings, neglect of the health and welfare of detainees, forced marches, rape, cannibalism, theft and wanton destruction of property. After the war, explanations for these atrocities, offered both by Japanese military personnel accused of war crimes and by Allied investigators and prosecutors, emphasised the supposedly rigid hierarchy of the Japanese military and the requirement for absolute obedience to superiors. Issues of command and hierarchy took a central place in the thousands of Allied military prosecutions of Japanese war crimes suspects. This paper challenges the idea that hierarchy and obedience were ubiquitous in the wartime Japanese military and constitute the major explanation for war crimes. Japanese troops in the field typically lacked adequate logistical support and were stretched thinly over large territories. Such circumstances helped to create both the opportunity and the necessity for individual decisions by mid-ranking soldiers, some of which led to atrocities against prisoners and local civilians in occupied areas. 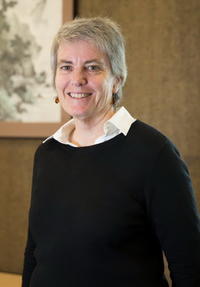 Additional Information:
Do you have a question you would like to ask the guest speaker? Please email questions at least three hours in advance to Dr Natalia Doan (natalia.doan at wadham.ox.ac.uk) or during the webinar using the Q&A feature.

The Nissan Seminars will be live-streamed, with no recorded version or slides shared after the event, so please be sure to register and attend the live seminar to avoid disappointment. Thank you for your interest in the Nissan Seminar series.