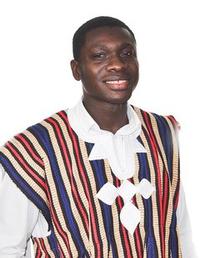 Since E. P Thompson’s usage of ‘the moral economy’ to study food riots in eighteenth-century England, the term has developed evolving applications to various contexts that show its expandable possibilities and limits. This paper broadly draws on ‘moral economy’ to explore the diverse ways in which mineral wealth, in the past, was contested in Asante—a pre-colonial West African kingdom subsumed into the modern political state of Ghana in 1957. It utilises an extensive array of archives, oral histories, and secondary sources about one pre-colonial and three mid-twentieth century case studies that illustrate mining community actors’ diverse forms of contesting benefit from Asante’s gold and how they position with ‘moral economy’ debates. The goal is not to assert a homogeneous mining community ‘moral economy’ but as a bundle of a relatable and sometimes contestable cluster of ideas over changing times. Three of these cases are particularly worth exploring, given their late colonial and early post-colonial contexts and how they can contribute towards the historical understanding of contested wealth in mining communities in Africa. In the former period, some mining community actors were either subverting foreign imperial economic domination or at least part of the economic inequality it engendered. In the latter, they had to grapple with a new African state experimenting with socialism.

We have a limited number of seats due to Covid-regulations and only members of the University may attend in person. As a courtesy to others please wear a mask. Unfortunately we will not be able to admit anyone once capacity has been reached. As an alternative the seminar can also be accessed via Teams, where it is also open to members of the public. The Teams meeting details will be provided here ahead of the event.