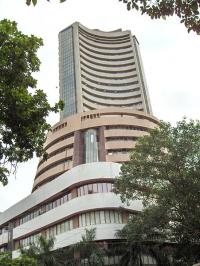 Why have growth rates have dramatically diverged between India and Pakistan since the 1990s, when their economic and political institutions have increasingly converged? This paper argues that differences in perceptions of instability among the Indian and Pakistani bourgeoisie, through the salience of political violence, has led to significant differences in economic growth since the 1990s. In Pakistan, kidnapping and terrorist violence in major cities has led to the domination of rent-implicated investment as a form of managing risk, thus limiting growth. In India, by contrast, political violence remains socially distant to the perspectives of investors, leading to a balance between rent-implicated and more productive investment, and thus higher overall growth. The paper thus provides a new set of explanations for differences in growth among middle income countries by highlighting political instability and the salience of violence, the demand for rent-implicated investments and the limits of institutional explanations for growth outcomes.

Adnan A. Naseemullah is a Lecturer in International Relations at the Department of War Studies and the India Institute, King's College London, and the author of Development After Statism: Industrial Firms and the Political Economy of South Asia(Cambridge University Press, 2017). His research on comparative industrial development, state capacity, political violence, and electoral representation has appeared in Comparative Politics, Political Geography, Governance, Studies in Comparative International Development, Studies in Indian Politics, and India Review.

All welcome. No prior booking required. For further information please contact Maxime Dargaud-Fons on asian@sant.ox.ac.uk or 01865-274559. Co-funded by the Ashmolean Museum, the Asian Studies Centre of St Antony's College, the Contemporary South Asian Studies Programme at the School of Interdisciplinary Area Studies, the Faculty of History, the Department of International Development and the Faculty of Oriental Studies.