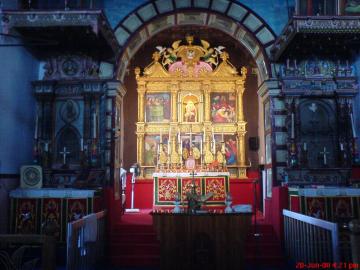 Missionary Christianity in Kerala, contrary to the received notions in social sciences, offered a new language of internal deliberations to Dalits and provided them agency different from their position in the traditional caste society. The exclusive congregations of Dalits in fact worked as a ‘subaltern counter publics’ offering them new ideas and social practices. It was in this context that ideas of salvation and liberation became significant categories of thought to engage with the caste society and structures of oppression. In the proposed paper the speaker wishes to explore the myriad ways in which Dalits productively engaged with Christianity and transformed themselves.  This enables a critique of the instrumentalist interpretation of the Dalit Christianity offered by a dominant section of the historians and social anthropologists writing on Dalits and Christianity in Kerala and India.

P. Sanal Mohan, currently Smuts Visiting Fellow at the University of Cambridge, Associate Professor at the School of Social Sciences of Mahatma Gandhi University. He was awarded a research grant as part of SSRC’s project, New Directions in the Study of Prayer, (2012-14) and was previously a Postdoctoral Fellow at The Max Planck Institute for the Study of Religious and Ethnic Diversity, Gottingen.

Dr Mohan’s research combines history and ethnography while covering colonial modernity, social movements and questions of identity, Dalit Movements and Christianity in India. He has been engaged in ethnographic fieldwork among Dalit Christian and the PRDS community to study their prayer practices. He has published research articles on the discourses and practices of the Dalit movement. His book, Modernity of Slavery: Struggles against Caste Inequality in Colonial Kerala, has been published by Oxford University Press, New Delhi, in 2015. As Smuts Visiting Fellow he works on ‘Global Christianity and the Transformation of Dalits in Colonial and Post-Colonial Kerala’.

All welcome. No prior booking required. For further information please contact Maxime Dargaud-Fons on asian@sant.ox.ac.uk or 01865-274559. Co-funded by the Ashmolean Museum, the Asian Studies Centre of St Antony's College, the Contemporary South Asian Studies Programme at the School of Interdisciplinary Area Studies, the Faculty of History, the Department of International Development and the Faculty of Oriental Studies.