This talk explores the untold story of the preparation of the first draft electoral roll on the basis of universal adult franchise in India. How did the principle and institution of universal franchise attain meaning and enter the political imagination of Indians, a large majority of whom had never voted for a political representative in a legislative assembly, and a vast majority of whom were poor and illiterate?

Ornit Shani is Senior Lecturer at the Department of Asian Studies, University of Haifa. A scholar of the politics and modern history of India, Dr Shani received her PhD from the University of Cambridge. She was a Research Fellow at St John’s College, Cambridge University. Her current research focuses on the modern history of democracy and citizenship in India. She is the author of How India Became Democratic: Citizenship and the Making of the Universal Franchise. Ornit received an Israeli Science Foundation (ISF) grant for her sequel project: ‘Embedding Democracy: the Social History of India’s First Elections’. Her previous book is Communalism, Caste, and Hindu Nationalism: The Violence in Gujarat.

The South Asia Seminar is co-funded by the Ashmolean Museum, the Asian Studies Centre of St Antony’s College, the Contemporary South Asian Studies Programme at the School of Interdisciplinary Area Studies, the Department for International Development and Faculty of History and the Faculty of Oriental Studies. 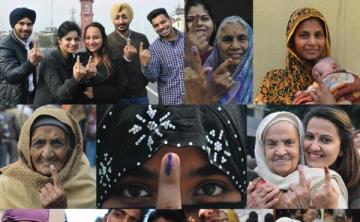