Masculine Compromise: The Impact of Migration on Family and Gender Relations in China 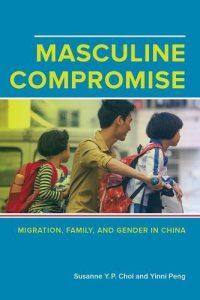 This presentation examines how rural-to-urban migration changes family and gender dynamics, with a particular focus on men and masculinity.  It shows how migration has forced migrant men to renegotiate their roles as lovers, husbands, fathers, and sons. It also reveals how migrant men make masculine compromises: they strive to preserve the gender boundary and their symbolic dominance within the family by making concessions on marital power and domestic division of labour, and by redefining filial piety and fatherhood. The stories of these migrant men and their families reveal another side to China’s sweeping economic reform, modernization, and grand social transformations. The concept of masculine compromise highlights how changes in gender relationships ushered by migration are characterized by a combination of pragmatic adjustments and the continued salience of male gender identity and traditional ideology.

Susanne Choi Yuk Ping is Professor at the Department of Sociology, the Chinese University of Hong Kong. Her research interests include migration, gender, family, and sexuality.  She has written extensively on sex work, domestic violence, rural-to-urban migration, cross-border marriages, and nominal marriages between gays and lesbians in China. Her articles were published in American Journal of Sociology, Journal of Marriage and Family, International Migration Review, The China Quarterly, Social Science and Medicine, Sociology of Health and Illness, and British Journal of Sociology etc. She published Masculine Compromise in 2016 (University of California Press, co-authored with Peng Yinni).  Her most recent publication is Migration in Post-Colonial Hong Kong (Routledge, 2017).