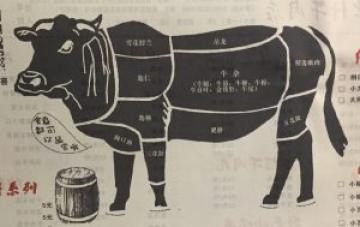 Refrigerated transport made fresh beef a global commodity. China was the last great frontier of this  transformation, but bringing Chinese beef to market presented unique commercial, logistic, and political challenges. This paper introduces three individuated beef production chains: Qing-era cattle drive to Beijing, industrial meatpacking in Harbin, and Japanese-dominated beef exports from Qingdao, showing how the industry as a whole adapted to the new pressures and opportunities presented by technology, foreign investment, imperialism and war.

Thomas David DuBois is a historian of modern China, who has published extensively on the role of religion in modern China and East Asia. He is the author of Sacred Village: Social Change and Religious Life in Rural North China (Hawaii 2005), Religion and the Making of Modern East Asia (Cambridge 2011), and most recently, Empire and the Meaning of Religion in Northeast Asia: Manchuria 1900–1945 (Cambridge 2017). His current research explores the rise of meat and dairy in north China and across East Asia.