Thomas Grisaffi is a lecturer in the Department of Geography and Environmental Science. Trained as an anthropologist, Thomas works on topics including coca and cocaine production and its global commodity chain, indigenous social movements in the Andes, alternative development in drug crop-producing zones and democracy. His book with Duke University Press, titled ‘Coca Yes, Cocaine No’ (2019), is an ethnography of the Movement Towards Socialism (MAS), as it transformed from an agricultural union, criminalised as a result of U.S.-led drug war policies, into Bolivia’s ruling party. Prior to coming to the University of Reading, Thomas held a Leverhulme Early Career Research Fellowship at University College London, was a fellow of the Drugs, Security and Democracy Program (SSRC/Open Society Foundations) and taught at the London School of Economics.

Marie Nougier is responsible for the communications and publications workstream of the International Drug Policy Consortium (IDPC). She engages in networking, civil society capacity building activities, and policy advocacy engagement, in particular at the Commission on Narcotic Drugs. Marie is also supporting IDPC’s activities in Latin America, where she helps coordinate a project to reduce the incarceration rate of women for drug offences. Marie is also a member of the Core Group of the EU Civil Society Forum on Drugs. Marie has a Masters’ Degree in international law, human rights and the law of armed conflicts. Before working at IDPC, she worked on issues related to compulsory drug detention in South East Asia at the World Health Organisation, as well as immigration, racism and police brutality in Western Europe at Amnesty International.

Jonas von Hoffmann is a doctoral student at Exeter College. His research interests include drug policy, policy reform, legislative politics, social movements, political and criminal violence, drug trafficking and Latin America. His thesis examines the variation of recent cannabis policy reforms in Latin America. Why and how do cannabis reforms occur and what accounts for differences across the region? Why has Uruguay legally regulated cannabis from seed to smoke, Mexico’s Supreme Court ruled in favour of autocultivo and Chile’s President allowed medicinal uses of cannabis by decree? To answer these questions, I conduct a comparative analysis of the reform process in Uruguay, Mexico and Chile, using elite interviews, discourse analysis and process tracing. 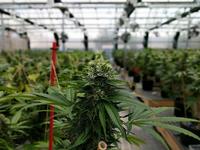