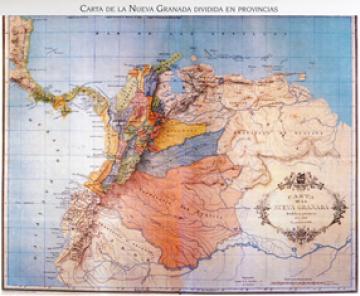 Adolfo Meisel Roca, a leading economic historian of Colombia, completed his PhD in Economics at the University of Illinois following his Master’s degree in Sociology at Yale, and a BA in Economics at the Andes University in Bogotá.  He has published extensively on a wide range of topics on Colombian history.  His publications include ¿Por qué perdió la costa Caribe el siglo XX? (2011); (with Margarita Vega)  La calidad de vida biológica en Colombia, Antropometría histórica, 1870-2003 (2017); (with Jorge Enrique Ibáñez and Alejandro López), El Banco de la República. Antecedentes, evolución y estructura (1990), and (with María Teresa Ramírez, eds.), Economía colombiana del siglo XIX (2010).  From 1997 to 2013, he was the Manager of the Central Bank in Cartagena, where he launched a Centro de Estudios Económicos Regionales, a think-tank devoted to the study of regional development in Colombia.

Roger Brew (Manchester, 1947-1979), read Modern History as an undergraduate in Magdalen College in Oxford.  In 1969 he matriculated in the postgraduate programme at the Latin American Centre in Oxford and went on to complete his DPhil in History, under the supervision of Malcolm Deas, in 1974.  His thesis, ‘The Economic Development of Antioquia, 1850-1920’ was first published in Spanish under the title El desarrollo económico de Antioquia desde la independencia hasta 1920, by the Banco de la República in 1977; a second edition was published by the Universidad de Antioquia in 2000.  After his doctorate, he entered the civil service, working at the Ministry of Overseas Development.   The publication of his book was considered at the time ‘one of the most significant contributions to [Colombia’s] economic history’ by Miguel Urrutia, a leading economic historian and General Manager of the Colombian Central Bank.  His book still stands out for its contribution to Colombian regional history, in particular to the study of Antioqueño entrepreneurship and the development of mining, finances, agriculture and manufacture in the Antioquia region of Colombia.