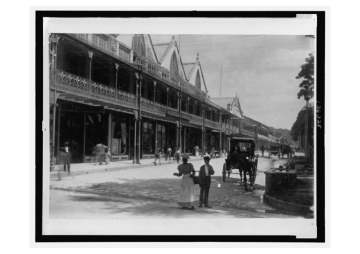 Speakers: Lara Putnam, UCIS Research Professor and Chair of the Department of History at the University of Pittsburgh

Lara Putnam is UCIS Research Professor and Chair of the Department of History at the University of Pittsburgh.  She writes on Latin American and Caribbean history, theories and methods of transnational history, and the nexus of migration, kinship, and gender.  Publications include The Company They Kept: Migrants and the Politics of Gender in Caribbean Costa Rica, 1870-1960(UNC Press, 2002), Radical Moves: Caribbean Migrants and the Politics of Race in the Jazz Age (UNC Press, 2013), and more than two dozen chapters and articles. Recent honors include the Andrés Ramos Mattei-Neville Hall Article Prize of Association of Caribbean Historians and the 32nd Annual Elsa Goveia Memorial Lectureship at the University of the West Indies, Jamaica (2016). Putnam is President of the Conference on Latin American History.