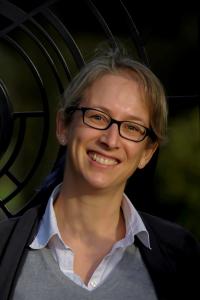 I will discuss my recent ethnographic work on the ethical lives and collective political action of two unions of state employees in Argentina. I examine how activists in both unions create themselves as particular kinds of militants and forms of political community, and argue that these processes lie at the heart of the unions’ strength in contemporary Argentina, which is maintained even in the face of the newly elected right wing regime. I place the lived experience of political activism into historical relief and show how ethics and family values deeply inform the process by which political actors are formed, understood, and joined together through collective political-ethical subjectivation.

Sian Lazar has worked on collective politics in Bolivia and Argentina, with a special focus on trade unions – of street vendors and of public sector workers. She is the author of ‘El Alto, Rebel City: Self and Citizenship in Andean Bolivia’ (Duke, 2008) and editor of ‘Where are the Unions? Workers and Social Movements in Latin America, the Middle East, and Europe’ (Zed, 2017). Her most recent book is ‘The Social Life of Politics: Ethics, Kinship and Union Activism in Argentina’ (Stanford, 2017). She is also co-editor of the Journal of Latin American Studies.