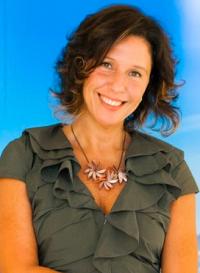 This paper revisits theoretical models of economic voting to demonstrate that in countries where international shocks are substantially large, the economic vote is a poor instrument of democratic accountability, ultimately no better than the flip of a coin as a mechanism to select the best incumbents.  We subsequently develop an empirical strategy to identify the relative size of exogenous shocks vis-à-vis competency shocks, and apply it to 40 years of economic data from a wide sample of countries from all regions. We find that economic performance follows a much more volatile path in developing countries, and also that the relative impact of these shocks varies considerably, with competency shocks dominating in most of the OECD and exogenous shocks dominating elsewhere. These results imply that the economic vote may not work to promote democratic accountability in much of the developing world, precisely where it has been claimed to potentially generate the most benefits.

Daniela Campello is an Associate Professor of Politics and Public Policy in the Brazilian School of Public and Business Administration at the Fundação Getúlio Vargas, in Brazil; she received her Ph.D. in Political Science from UCLA and was formerly an Assistant Professor at Princeton University. Daniela conducts research on international and comparative political economy, with a particular focus on the consequences of globalization to domestic politics and democracy in emerging economies. Prior to entering academic life, she worked as a business consultant in Accenture, as a sell-side financial analyst at Banco Pactual, and also for the Rio de Janeiro state government, where she managed projects funded by international financial institutions. Daniela's work appears in the Journal of Politics, the Review of International Political Economy, Comparative Political studies, among others, and she is the author if The Politics of Market Discipline in Latin America  (Cambridge University Press, 2015). Currently, Daniela is concluding her second book, provisionally entitled "Economic Vote and Democratic Accountability in Resource-Rich Nations". During her visit at the LAC, she will advance her research on the politics of fiscal policymaking in resource-rich countries.

Cesar Zucco Jr. specializes in Latin American politics, and his main current collaborative projects examine how economic factors beyond the control of Latin American Presidents affect their popularity and re-election prospects, identify which features make conditional cash transfers popular among the economically better-off, and seek to map and understand partisanship in Brazil. All of these projects employ a mix of observational and experimental techniques, including both survey and lab-experiments. He obtained his Ph.D in Political Science from UCLA, was previously an Assistant Professor at Rutgers University, and held visiting appointments at Princeton and Yale. His previous work on Brazilian and Latin American Politics has appeared in the American Journal of Political Science, the Journal of Politics, the British Journal of Political Science, and other comparative politics and area studies journals.