Latin American Centre Seminars: Roundtable Discussion on "Whither Brazil? Scenarios for 2018 and Beyond" 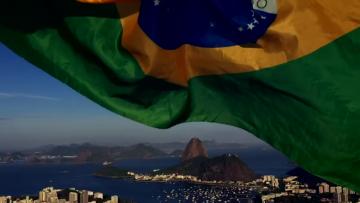 Rachel Meneguello is Professor of Political Science at the University of Campinas (UNICAMP) and editor of the journal Opinião Pública. In 2014/17 she served as Vice president of Graduate Studies Affairs at the University. Between 2004-2008 and 2012-2016 she served on the board of directors of the Brazilian Political Science Association and was member of the executive committee of the Asociación Latinoamericana de Ciencia Politica (ALACIP). She  is member of the steering committee of the Comparative Study of  Electoral Systems (CSES).  She is the author of PT: A formação de um partido (1979-1982), Partidos e Governos no Brasil Contemporâneo and has published several articles about parties, elections and political behavior.

Octavio Amorim Neto is an associate professor at the Brazilian School of Public and Business Administration (EBAPE) at Getulio Vargas Foundation in Rio de Janeiro and a visiting research fellow at the Institute of Social Sciences at the University of Lisbon in 2017-2018. His works have been published in several international journals. He is the author of De Dutra a Lula: A Condução e os Determinantes da Política Externa Brasileira (Rio de Janeiro: Campus, 2011) e de Presidencialismo e Governabilidade nas Américas (Rio de Janeiro: FGV, 2006). Prof. Amorim Neto has been awarded prizes by the Brazilian Political Science Association and the American Political Science Association.

Carlos Aurélio Pimenta de Faria is Rio Branco Professor at the Latin American Centre (LAC) at the University of Oxford; Visiting Fellow at the Institute of Development Studies (IDS) at the University of Sussex; and Senior Researcher at the Pontifícia Universidade Católica de Minas Gerais (PUC Minas), Brazil. He has published several books and articles about Brazilian and Latin American foreign and public policies. His forthcoming books are: Políticas públicas e relações internacionais (ENAP, 2018) and the edited volume Políticas públicas e desigualdades no Brasil do século XXI (with Eduardo Marques and Marta Arretche).

Daniela Campello is an Associate Professor of Politics and Public Policy in the Brazilian School of Public and Business Administration at the Fundação Getúlio Vargas, in Brazil. For the 2017-18 academic year, she will be the Oxford-CAF Visiting Fellow at St. Anthony's college, and also a "non-stipendary visitor" at Nuffield College and at the Blavatnik School of Government. Campello received her Ph.D. in Political Science from UCLA and was formerly an Assistant Professor at Princeton University. Her research lies at the frontier of international and comparative political economy, with a particular focus on the consequences of globalization to democracy and redistribution in emerging economies. Prior to entering academic life, Campello worked as a business consultant in Accenture, as a sell-side financial analyst at Banco Pactual, and also for the Rio de Janeiro state government, where she managed projects funded by international financial institutions. Campello's work appears in the Journal of Politics, the Review of International Political Economy, Comparative Political studies, among others, and she is the author if The Politics of Market Discipline in Latin America  (Cambridge University Press, 2015). Currently, Campello is concluding her second book, co-authored with Cesar Zucco, provisionally entitled Merit or Luck? Economic Vote and Democratic Accountability in Resource-Rich Nations.