Nina Wiesehomeier is Assistant Professor of Comparative Politics at the IE School of Global and Public Affairs in Madrid (Spain). She holds a Phd from the University of Konstanz and has previously lectured at Swansea University (UK), the Instituto de Ciências Sociais da Universidade de Lisboa (Portugal) and has been a visiting fellow at the Helen Kellogg Institute for International Studies at the University of Notre Dame (USA). Nina's research interests evolve around political parties, women representation, ideology, political preferences, and political behavior. Her research has been published in The Journal of Politics, Political Research Quarterly, Political Science and Research Methods, among others. More information can be found at www.wiesehomeier.net 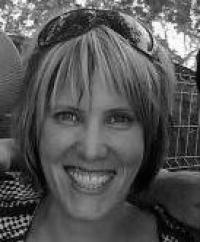 During the past decade, Latin American countries have experienced strong economic growth accompanied by profound social and political changes. In analyzing those changes, the scholarly literature has predominantly concentrated on the electoral successes of the left rooted in an egalitarian agenda. Recent ideological dealignments in Latin America, however, call into question the left's issue ownership of inequality and highlight shifts in the traditional struggle between left and right. These developments also underscore the exploitation of non-distributive issues as a viable strategy for the right and thus the potential for electoral mobilization through valence competition (Wiesehomeier and Doyle 2014).

In this context the remarkable increase in South-South migration as a defining characteristic of this period of strong economic growth has been largely ignored. In Chile, for instance, the number of immigrants doubled from 2000 to 2010, with an annual rate of change of 7.3 percent, the second highest in the region after Ecuador's of 11.7 percent (United Nations 2013). Yet, we know very little about the driving factors behind attitudes towards immigrants in Latin America and much less whether they influence vote choices across the region. This paper seeks to start filling the existing void and contribute to answering these questions. We postulate that individuals who have not been able to benefit from the economic bonanza from past decade and are therefore more vulnerable will be more likely to perceive immigrants as a threat. They will therefore be more prone to hostility towards immigrants, attributing responsibility for social problems to immigration. Individuals who consistently do so, should take this into consideration when it comes to vote choice. Using original survey data, we explore these relationships for the cases of Ecuador and Chile.