How does the receipt of migrant remittances affect individual support for different types of public spending and taxation? We argue that remittances allow recipients to purchase certain 'substitutable' public services (like health and education) in the private market, which makes them less willing to pay taxes to support government spending on these services. Remittance recipients are however more supportive of government provision of 'non-substitutable' public services like security and infrastructure because they find it difficult to purchase these on the private market using the remittances they receive. To pay for these public services, remittance recipients prefer to raise income taxes (which they do not pay on remittances income) than consumption taxes. Using original survey evidence from Mexico, we test whether those receiving remittances are distinct from other individuals in their willingness to pay more taxes under a hypothetical increase in spending on a particular type of public good, and their preferences for reallocating resources between different public good areas under a budget constraint. We provide evidence for our argument, demonstrating that remittances are an important driver of fiscal policy attitudes. 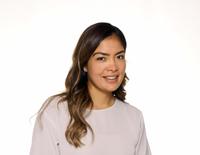 Ana Isabel López García is Assistant Professor in Global Migration in the Department of Politics at Maastricht University. Her research focuses on how connections with migrants abroad influence the political attitudes and behaviour of those who remain in origin countries via financial remittances and return migration. She holds an MPhil in Latin American Studies and a DPhil in Politics (Comparative Government) from the University of Oxford. Prior to Maastricht, she was a postdoctoral researcher at the University of Konstanz and the German Institute of Global and Area Studies in Hamburg.

Barry Maydom is Lecturer in Politics in the Department of Politics, at Birkbeck, University of London, UK. His research focuses on the socio-political effects of emigration and remittances in migrants’ homelands, attitudes and perceptions of corruption in the developing world, and popular conceptualisations of democracy and political change in the contemporary Middle East. He completed his DPhil in Politics at the University of Oxford in 2017, and his thesis on ‘Migrant Remittances and Democracy’ won the 2018 Lord Bryce Prize for Comparative Politics awarded by the Political Studies Association. Prior to Birkbeck he taught at the London School of Economics.