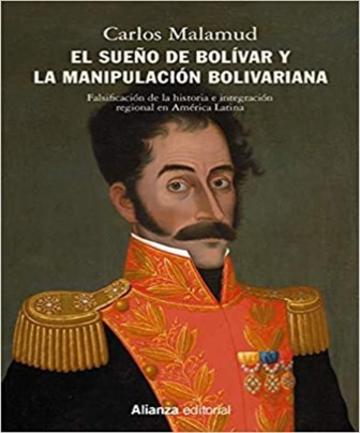 The deadline to register is 6 May at 12 noon

***Please note that this talk will be in Spanish***

Carlos Malamud is Senior Analyst for Latin America at the Elcano Royal Institute, and Professor of Latin American History at the Universidad Nacional de Educación a Distancia (UNED), Madrid, Spain. He is a Corresponding Member of the National Academy of History of Argentina. In 2015 he was selected by Esglobal as one of the ‘50 most influential Iberoamerican intellectuals’. He has been a Senior Associate Member (SAM) at St. Antony’s College, Oxford University, and visiting researcher at the Universidad de los Andes (Corona Chair), Colombia, and at Di Tella University in Buenos Aires. Between 1986 and 2002 he directed the Latin American programme of the Instituto Universitario Ortega y Gasset, of which he has also been Deputy Director. He began his academic career working on the economic history of the Spanish and Latin American colonial period and then specialised in 19th and 20th century Latin American political history. He has lectured at the Complutense University and at San Pablo CEU, both in Madrid. He is a Member of the Advisory Council of the Cultural Institute of the MAPFRE Foundation. He currently combines his work as a historian with his role as a political and international relations analyst focused on Latin America.

Malcolm Deas graduated from New College with a First in modern History in 1962, and was a Fellow of All Souls College from 1962-1966. He was one of the original staff of the Latin American Centre, founded at that time by Sir Raymond Carr with support from the Ford Foundation, and was a Fellow of St Antony’s College and University Lecturer in the Government and Politics of Latin America from 1966 until his retirement in 2008.  For a number of stretches he was also Director of the Centre. His own research has been chiefly on the nineteenth and twentieth century history of Colombia, where he first spent two years in 1964 and 1965, and where he has been a frequent visitor and resident since. He has written on caciquismo, the history of taxation, civil wars, coffee, insecurity and its economic consequences, the interaction of local and national politics, the interpretation of violence and many other themes. He has also made incursions into the history of Venezuela, Ecuador and Argentina.  His many publications include, Vida y opinions de Mr William Wills (1996, 2 vols); Del poder y la gramática (1993); Las fuerzas del orden (2017); and Intercambios violentos (1999 and 2015).  His most recent book, Barco, was published by Taurus in Colombia in 2019.