LAC History Seminar Series: The Rebel Scribe: Carleton Beals and the Progressive Challenge to US Policy in Latin America

Register in advance for this meeting:

After registering, you will receive a confirmation email containing information about joining the meeting 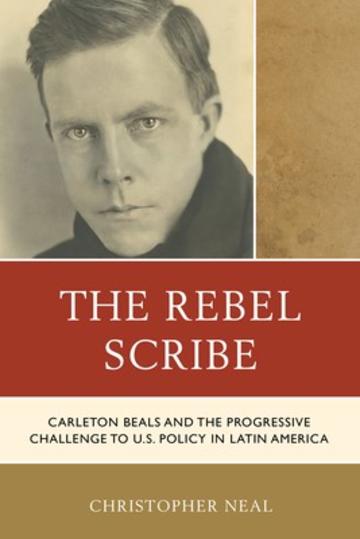 Christopher Neal is a journalist and communications professional. He was a freelance correspondent in Central and South America in the 1980s, and also a reporter for the Montreal Gazette and Ottawa Citizen. He managed media relations for the World Bank’s Latin America and Caribbean department (1999-2004) and later served as communications advisor to the Bank’s chief economist, and to its energy practice. In 2011, he earned a Masters of International Policy and Practice (MIPP) from the Elliott School of International Affairs at the George Washington University, where his research was focused on US foreign policy history. His book, The Rebel Scribe - Carleton Beals and the Progressive Challenge to US Policy in Latin America, was published in January 2022. A dual citizen of the US and Canada, Neal lives in Montreal.

Malcolm Deas is Emeritus Fellow at ther Latin American Centre, Oxford. He graduated from New College with a First in modern History in 1962, and was a Fellow of All Souls College from 1962-1966. He was one of the original staff of the Latin American Centre, founded at that time by Sir Raymond Carr with support from the Ford Foundation, and was a Fellow of St Antony’s College and University Lecturer in the Government and Politics of Latin America from 1966 until his retirement in 2008.  For a number of stretches he was also Director of the Centre. His own research has been chiefly on the nineteenth and twentieth century history of Colombia, where he first spent two years in 1964 and 1965, and where he has been a frequent visitor and resident since. He has written on caciquismo, the history of taxation, civil wars, coffee, insecurity and its economic consequences, the interaction of local and national politics, the interpretation of violence and many other themes. He has also made incursions into the history of Venezuela, Ecuador and Argentina.  His many publications include, Vida y opinions de Mr William Wills (1996, 2 vols); Del poder y la gramática (1993); Las fuerzas del orden (2017); and Intercambios violentos (1999 and 2015).  His most recent book, Barco, was published by Taurus in Colombia in 2019.

Alan Knight former Professor of Latin American History at Oxford University, is an Emeritus Fellow of the Latin American Centre. His chief interest is twentieth-century Latin American history, with a focus on Mexico, agrarian society, state-building and revolutions. He is the author of The Mexican Revolution (2 vols, Cambridge, 1986) US-Mexican Relations, 1910-40 (San Diego, 1987); of the chapter on Mexico, 1930-1946, in The Cambridge History of Latin America (Vol. VII, 1990); and of two volumes of a three volume general history of Mexico, Mexico: From the Beginning to the Conquest, and Mexico: The Colonial Era (Cambridge, 2002). He has written several articles dealing with aspects of twentieth-century Mexico (state-building, popular movements, education and culture, current politics) and co-edited The Mexican Petroleum Industry in the 20th Century (1992).  He previously taught at the University of Essex and the University of Texas at Austin, where he held the C.B. Smith Chair, and in 1986 was a visiting fellow at the Center for US-Mexican Studies at the University of California, San Diego.  His work has been recognized with several awards, including the Order of the Aztec Eagle from the Mexican government.  In 1986 he was awarded the Albert Beveridge Prize and in 1987 the Bolton Prize from the Conference on Latin American History for his two-volume work on the Mexican Revolution