The deadline to register is 21 January at 12 noon 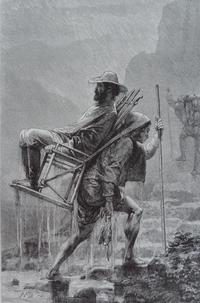 This talk, which will comprise a chapter in a forthcoming book of essays, crunches together two ideas, suggesting that they are complimentary and thus help explain some broad historical trends: first, ‘informal empire’ in Latin America (that is, the supposed influence and intervention of Britain and the US, which fell far short of ‘formal’ empire); and, second, ‘internal colonialism’ – shorthand for a range of policies which replicated, in Latin America, what was also going on in the formal European colonies. These included: state-building, militarization, currency reform, enhanced social control, and coercive labour recruitment; and they were accompanied by common ‘discourses’ concerning race, positivism and, of course, ‘civilization and barbarism’. The success of Latin American states and elites at carrying through this project arguably made imperialism - formal or informal - superfluous.

Alan Knight is Emeritus Professor of the History of Latin America and previously held the Chair of Latin American History at Oxford (1992-2013). He has also taught at the Universities of Essex, UK, and Texas at Austin, USA. He is the author of The Mexican Revolution (2 vols. 1986; Spanish translation 2010); and of several other books, including Repensar la Revolución Mexicana (2 vols., 2013). Today’s talk will appear in a new book of essays, Bandits and Liberals, Saints and Rebels. Latin America Since Independence (University of Nebraska Press, 2021).