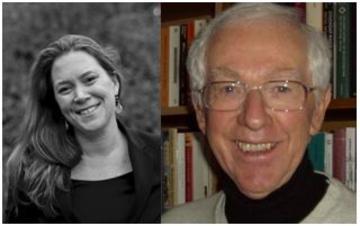 This event will take place through Microsoft Teams. Please email administrator@lac.ox.ac.uk for details of how to join.

**If you are already on our LAC mailing list you will receive the event link by email - there is no need to contact us to register.**

Tanya Harmer is Associate Professor at the Department of International History in the London School of Economics.  She a specialist on the Cold War in Latin America with a particular interest in the international, transnational and global dynamics of the struggle. She has written widely on Chile’s revolutionary process in the 1970s, the Cuban Revolution’s influence in Latin America, counter-revolution and inter-American diplomacy, solidarity networks, women and gender.  She is the author Allende's Chile and the Inter-American Cold War (Chapel Hill: University of Carolina Press, 2011), which won the Luciano Tomassini International Relations Book Award in 2013 and has now been published in Spanish as El gobierno de Allende y la Guerra Fria Interamericana (Santiago, Chile: UDP, 2013).  Her new book  Beatriz Allende: A Revolutionary Life in Cold War Latin America was also published by the University of North Carolina Press, earlier this year.

Alan Angell is emeritus fellow of the Latin American Centre and of St Antony’s College, Oxford. He was formerly a lecturer in Latin American politics and director of the Latin American Centre. In 2008 he was made a Gran Oficial of the Order of Bernardo O’Higgins by the government of Chile.  Among his books are Politics and the Labour Movement in Chile (1972); (co-edited with Benny Pollack) The Legacy of Dictatorship: Political, Economic and Social Change in Pinochet's Chile (1993); En Busca de la Utopia: La Politica Chilena entre Alessandri y Pinochet (1994); (co-edited with Rachel Sieder & Line Schjolden) The Judicialisation of Politics in Latin America (Palgrave 2006); and Democracy after Pinochet: Politics, Parties and Elections in Chile (Institute for the Study of the Americas, 2007)