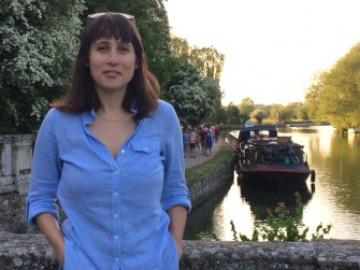 In my talk at the Israel Studies Seminar, I will present my doctoral research which occupies the intersection between modern Jewish history, climate and environmental history, the history of knowledge, and colonial history. My dissertation focuses on the role of climate – both as an abstract concept and a concrete condition – in shaping and reshaping Jewish national, racial, cultural, and spatial identity both in Europe and in Palestine during the first half of the twentieth century. Jewish planning, agriculture, and health experts often examined the ramifications of climate on the potential success of the Zionist project in Palestine. Thus, through the prism of climate, I also explore the ways in which Jewish experts, who usually came from a central European academic and cultural background, transported knowledge to a space where their expertise allowed them to participate in a 'modernizing' development project which was also a cultural project of a settler nation-building.

Netta Cohen is a Dphil candidate at the Wellcome Unit for the History of Medicine in the University of Oxford. She is currently a doctoral fellow at the Center for Jewish History in New York City and a research affiliate at the Taub Center for Israel Studies in NYU. Between 2014 and 2015 she was a fellow at the Franz Rosenzweig Minerva Research Centre in the Hebrew University of Jerusalem, where she researched the private papers of Heinrich Mendelssohn, a renowned Zoologist and pioneer of Environmental thought in Israel. A peer-reviewed article by Cohen will be published in 2018. (“Memories of a Zoologist: Reflections on the Role of the Archive in the Production of Knowledge and Memory”, Simon Dubnow Institute Yearbook, 17, 2018).