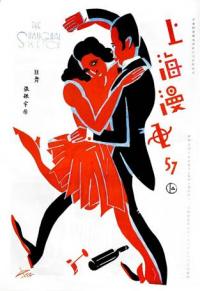 In this presentation Paul Bevan will talk about his book A Modern Miscellany: Shanghai Cartoon Artists, Shao Xunmei’s Circle and the Travels of Jack Chen, 1926-1938. He will also introduce his future research plans and how he intends to broaden the scope of enquiry, from one primarily on art, to one that focusses additionally on the closely related areas of literature, cinema, dancehall culture, and music.

A Modern Miscellany examines how the cartoon (manhua) emerged from its place in the Chinese modern art world to become a propaganda tool in the hands of left-wing artists. It demonstrates that during the build up to all-out war with Japan the cartoon was not only important in the sphere of Shanghai popular culture in the eyes of the publishers and readers of pictorial magazines but that it occupied a central place in the primary discourse of Chinese modern art history. In the new research, while the plan is to broaden the overall scope of enquiry to encompass the areas of cinema, literature, and music, the temporal boundaries will be significantly narrowed to focus on just one year – 1934 – ‘The Year of the Magazine’.

Dr Paul Bevan is a Research Associate at the School of Oriental and African Studies and Tutor in Chinese at the University of Oxford. As Curatorial Researcher in Chinese Painting he recently assisted with the mounting of the exhibition ‘Pure Land: Immortals and Immortality in Chinese Art’ at the Ashmolean Museum. His wide-ranging research interests include the impact of Western art and literature on China during the Republican period and the study of inscriptions on eighteenth-century art objects. In the latter capacity he has translated all inscriptions on Chinese art objects in the collection of Her Majesty the Queen recently published as part of a three-volume catalogue. He has acted as Historical Consultant for the Royal Geographical Society and as Ethnographic Consultant for the Royal Albert Memorial Museum, Exeter, and recently worked with the National Trust and the University of Manchester on a project concerning two eighteenth-century clocks and their Chinese provenance.